Taking the Pulse: The Latest Research on Gender Equality in Advertising

Melissa Beseda is the global content specialist at POSSIBLE, where she tracks and researches industry trends and curates thought leadership content for agency staff and clients. Before joining the advertising world, Melissa led digital and social media programs for museums and other arts and cultural organizations. Connect with Melissa on Twitter and LinkedIn, and read her article—"Moving Beyond Our Fear in the Wake of 3% and the Election"—inspired by Madonna Badger's 2016 3% Conference opening keynote.

How prevalent is sexism in advertising? Is it anti-woman or pro-bro? Is it better or worse than tech? 3% asked you to tell us through our “Elephant on Madison Avenue” survey and our in-depth interviews with women across the industry. Hear what we discovered and what the 4A's uncovered in their own 2016 survey. 3% Advisors, Megan Averall and Michele Madansky, 3% Chief Knowledge Officer, Erin Carpenter and Nancy Hill, CEO of the 4A’s, will share key insights. Sponsored by 4A's.

This session aptly began with a research question:

“Has anyone experienced discrimination at their workplace or generally felt like they don’t fit into their culture at their agency? Please stand.”

Most of the room stood up. Unfortunately, the research presented over the next 45 minutes reflected this informal poll.

The American Association of Advertising Agencies (4A’s) was on a mission. It decided to conduct a study in response to high profile issues, such as Erin Johnson’s discrimination lawsuit against Gustavo Martinez and Bayer’s Cannes-winning ad (that made light of a sex crime that have garnered a lot of attention in the ad world.) It wanted to get “numbers” because there were those in the industry, including Publicis Groupe chief Maurice Lévy, who believed that these were isolated cases. So, they undertook three research projects to find out how prevalent sexism and gender discrimination are with their members, people of color, and consumers.

Some key findings of the research:

In most cases, respondents didn’t believe that the behavior is as overt as it used to be in the industry for both for women and people of color. However, it has become more insidious: if you are not getting the opportunities to do great work, you can’t move ahead in your career. That is the uphill battle women and people of color have to face everyday.

The idea for Elephant on Madison Avenue was actually born out of Ellen Pao's historic lawsuit against discrimination in Silicon Valley. After Trae Vassallo was subpoenaed to take the stand at Ellen Pao's trial, women in the valley flooded her inbox with emails about their experience of discrimination at work. She wanted to do something about it, so she formed a research team that included Michele Madansky. They debuted their findings, Elephant in the Valley, on Re/code Decode with Kara Swisher.

Madansky and Vassallo took on Elephant on Madison Avenue after meeting Lisen Stromberg at SXSW. Finding women to respond to Elephant in the Valley was difficult, but they had a great response from women in advertising.

Here’s some of what they found:

Read more on the study here: Elephant on Madison Avenue.

Bro Culture in Ad Agencies and the Impact on Women

Megan Averell of The Insight Inn had a burning question: There was a lot of research looking to quantify outward discrimination and harassment, but what about the lived experience of women in advertising? So, she developed a qualitative research project to uncover the effects of bro-culture on women, specifically the day-to-day, insidious undercurrent of working in a culture that women aren’t completely comfortable with, nor welcomed into.

According to her research on bro-culture:

Averell also found that women in advertising are constantly negotiating Goldilocks Syndrome, attempting to find that line between aggressive and assertive. She noted that the “in the service of the work” mindset also makes women subordinate to men by role. If you are in account, strategy, or media, your job is to extract something from the powers that be, not necessarily have power yourself.

Dive into the full study findings here: "Bro Culture in Ad Agencies and the Impact on Women."

What are we gonna do about it?

Advertising is a data driven industry. This data provides insights we didn’t have before, but there is more work to be done. The panelists were asked about the experience of women of color in the industry, but there has been even less research done on it. Fortunately, the 4A’s and the 3% Conference are undertaking benchmarking studies this year with a prioritization for women of color in the industry.

The advertising industry can no longer pretend that there is not a problem. 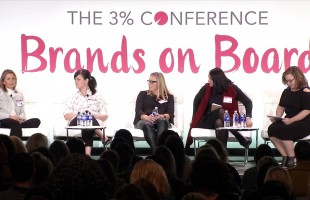 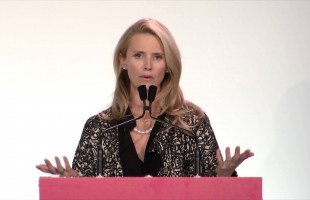 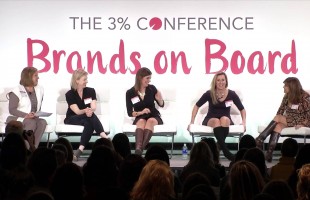