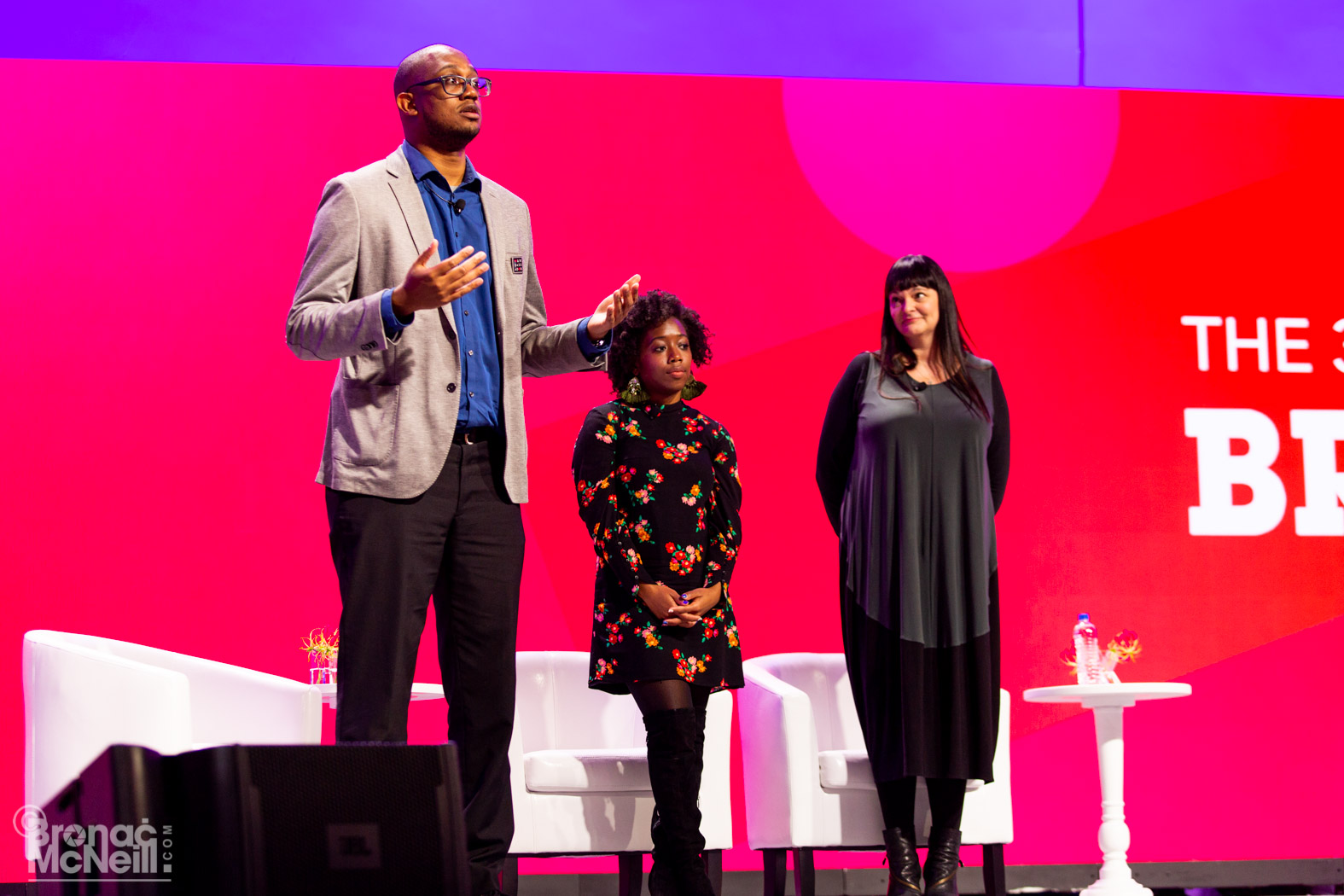 GrADitude: The Panel that Changed my Career

The GrADitude panel was all about empowered women empowering other women.

What a fabulous panel for me, of all people, to cover. My entire career thus far has been built thanks to the recognition and support of other women, so this panel felt especially tailored.

The first half of the panel, moderated by the approachably cool (and yes, very tall) Bennett D. Bennett, featured two incredible women: Shaquana Ford Joseph, currently of Twitter, and formerly an inaugural Fellow of the Ad Club of New York and Megan Colleen McGlynn, founder of the Girlsday, a group I’m forever indebted to.

Ford Joseph spoke to the importance of gaining access to resources (networking opportunities, conferences, and even night classes) that help propel one’s career forward. Access to opportunities and resources are a vital part of working in advertising, and it’s often where women (and specifically women of color) get shut out.

McGlynn was as sharp and as unapologetic as always, mentioning that she founded Girlsday to be the Ad Woman’s version of the strip club -- a place for all of us to get together, share advice, and network. To the point of Girlsday being a network, McGlynn stressed that it wasn’t enough for women to just cheer each other on. We have to work to get more women in leadership positions, to make it better for all of us.

McGlynn also made excellent points about inclusion during her time on stage, something I was happy to see someone with privilege do. She said it wasn’t enough for us to just say we’re inclusive, but instead, go out of our way to look for marginalized people and then...wait for it...actually invite them in.

Bennett and Ford Joseph also brought up the importance of mentorship in this industry, which was succinctly summed up by this quote from Ford Joseph:

“If it ends with me, or if it ends with [Bennett], then what are we even doing in this industry? That goes for the people above us, too. If someone hadn’t taken the time to say ‘There’s something special in Shaquana’ I wouldn’t be where I am today.”

The second half of the panel was dedicated to women reading letters of thanks to their mentors, their champions, and their friends. 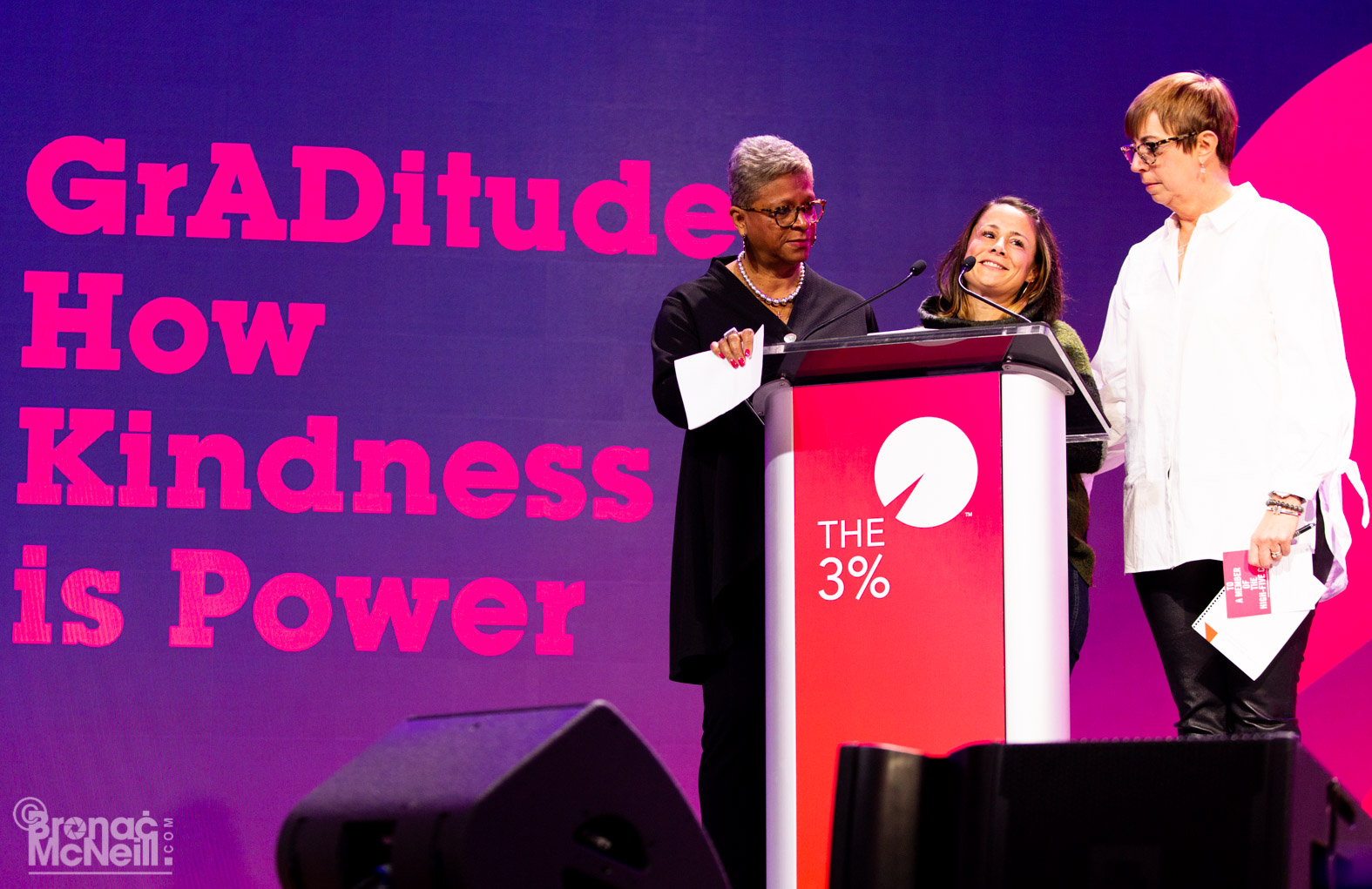 At this point, I must give props to Bennett, who read a very personal letter from Swati Bhattacharya, Chief Creative Officer of FCB Ulka, India, who thanked Susan Credle, Global Chief Creative officer of FCB Global, who first extended her the CCO role, which would result in the Athena Advertising Award-winning campaign #NoConditionsApply.

After Swati’s letter, came Nancy Hill’s love letter to Bonnie Lunt, “one of the original badasses of powerful women who gave back.”

“Most importantly,” Hill said, after detailing how Lunt introduced her to fellow badasses like Cindy Gallop and Kat Gordon, “you taught me to keep my word, and always pay it forward.”

Then Sandra Sims-Williams came along. She quietly, but powerfully, thanked a woman named Audra, who helped her through her difficult times, and taught her how to live her life “by design, not by default.”

And then, last but certainly not least, was Lisa Leone’s tribute to Caroline Dettman.

Leone began by thanking Dettman for reaching out to her during the darkest time in her life: just after her piece Ad Girl, Interrupted was published, which effectively blacklisted her from the industry.

Through tears, Leone recounted the harrowing tale of how simply being honest lead to two years where she couldn’t get work, couldn’t pay her mortgage, and found herself sinking “further and further into debt.”

It was through Dettman’s belief in, and support of Leone (despite the fact that said support could’ve just as easily ended Dettman’s career) lead to Leone getting back on her feet (according to Leone she has been booked solid for seven months straight) -- and on the 3% stage.

And while I know everyone has been saying how powerful that moment was to them, I have to mention here that this moment quite literally changed my perspective on my own career path.

Even though I know terrible things happen in this world, it was really difficult for me to believe someone like Lisa could be treated so callously. That people were really willing to shut out someone simply for being honest.

The Lisa I had first met two nights prior at a welcome party was bright, creative and, yes, kind. Anyone who is willing to humor a nervous kid like me at a party for as long as she did has a place in heaven. Sainthood, even.

What I’m trying to say is, I had only known this woman for three days and it was devastating to me to hear that she was treated that way.

Within the span of five minutes, I went from disbelief to anger, and then finally, to determination.

I’ve never cared about success until that moment. In some way, I guess I should be ashamed that it took this panel (and this conference) to make me understand why some people want to be really, really successful.

“I have to become successful,” I thought to myself, as Leone’s tribute went on, “I have to make sure this never happens to anyone again.”

It’s not about me. It’s about others.

I want to claw my way to the top because I want to be able to pull people up. I want to protect people. I want some mouthy Asian girl with bleached hair from a nowhere town to see me in a hotel lobby and know that she absolutely, positively belongs in this industry, too.

It’s about surviving something, and building that something into something better so someone else has it just a little bit easier. That making a difference in someone’s life, and maybe even the world, could be as simple as trading business cards or following someone back on Twitter. By politely listening to them ramble at you.

And I don’t know if I’m ready to be that kind of brave, but it doesn’t matter.

And for that opportunity? I’m grateful. 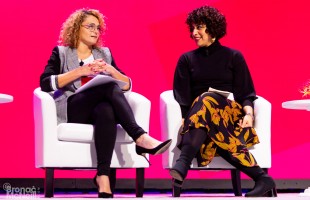 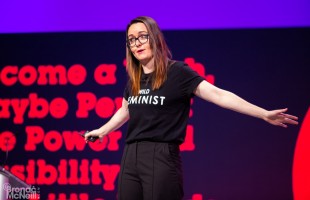 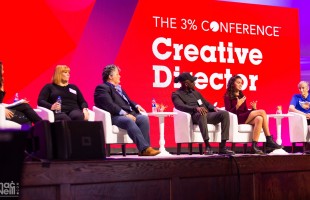 Susan Jenks gives us her take and some key takeaways from this year's Creative Director Track.