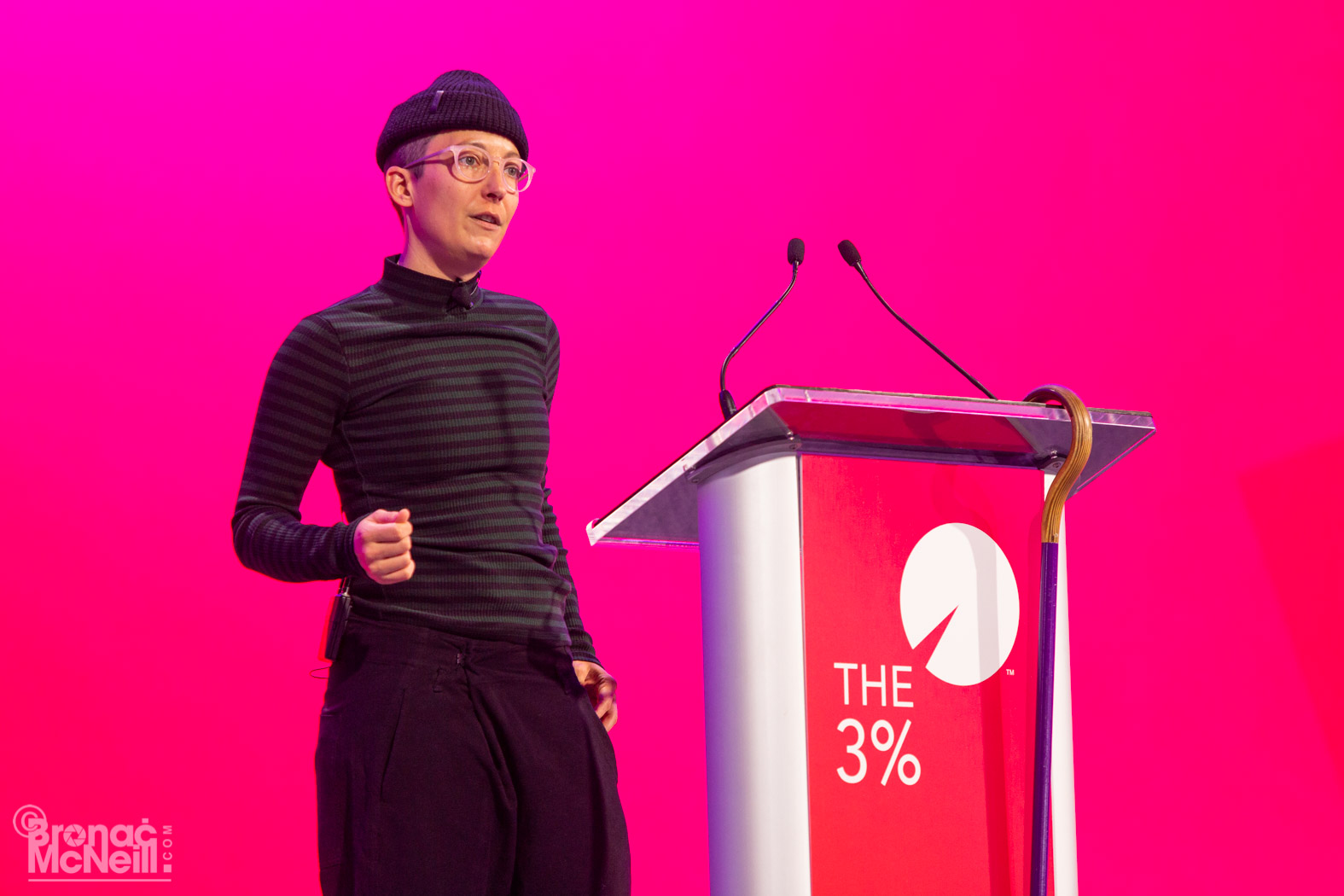 Adia is a Senior Copywriter based in Atlanta, GA. She’s a proud graduate of both Howard University and The Creative Circus. Outside of advertising, she enjoys: buying Black, practicing yoga, trying to keep her plants alive, reading, going to concerts, collaborating with other creatives, and re-discovering her hometown.

Liz Jackson, disability advocate and founder of The Disabled List, came to the 3% Conference to discuss a marginalized community we so often overlook: disabled peoples. Jackson’s focus was essentially this: Disabled peoples are systematically left out of their own narratives - from advocating for public policy, to the design of products, to the creation of marketing efforts. They’re excluded from a seat at the table, only to be sold back their own achievements, ideas and designs.

Jackson began by giving a short anecdote about how she became disabled. Never touching on the specifics, Jackson focused on the conclusions she drew from her newfound state of being. After “crawling” to the hospital on March 30, 2012, Jackson emerged now needing both glasses and a cane. Her relationship with disabled advocacy began the moment she noticed she had so much choice for her eyeglasses, yet little to none for her cane. This caused Jackson to not only rethink design for herself and others, but also the “lack of infrastructure that keeps oppressive and outdated models of disability in place.” This includes things like language and lack of representation.

After sharing her personal story, Jackson shared some history on how what we know as “disabled” came to be. Did you know that industrialization created the expectation that bodies should perform in mechanized ways?

As our society was able to compartmentalize and measure the output of its workers, bodies that couldn’t contribute according to the new standards were now classified as broken. These broken bodies were studied, segregated, and tasked to be fixed. People with disabled bodies were now treated as if they could no longer contribute. The truth being that disabled bodies were in fact prevented from contributing. 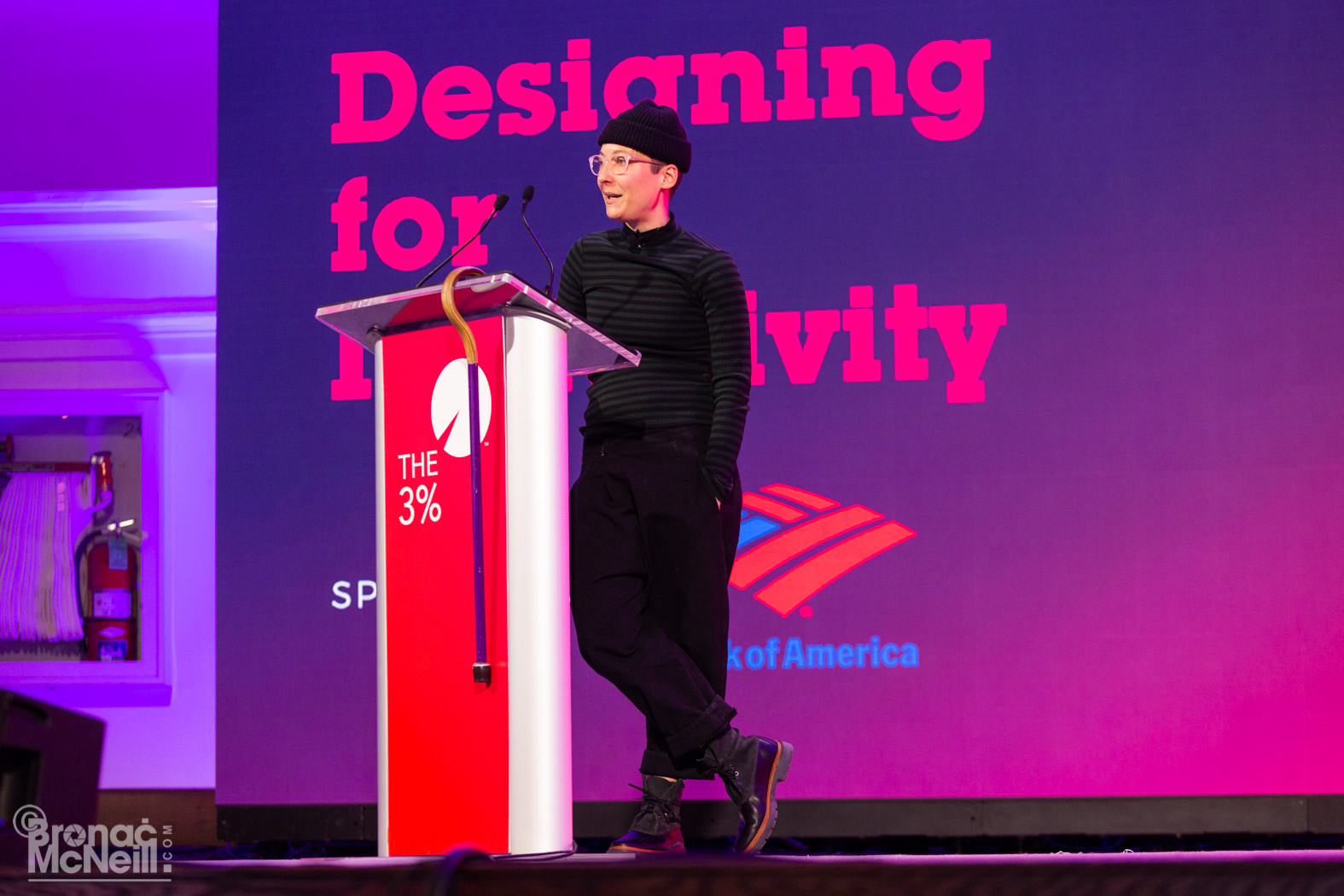 Jackson recounted that over the years, disabled peoples have been advocating for their rights in this world with little mainstream attention. During the 1980s, the American Disabled Attendant Programs Today (ADAPT) was formed by institution escapees in Denver, Colorado who demanded bus lifts in the city through civil disobedience actions. To this day, ADAPT has and continues to fight for civil rights for disabled people, including “saving healthcare for everyone last year through protests and legislation” according to Jackson. However, global brands still purport the message that disabled peoples are on the receiving end of inclusionary acts, rather than the ones fighting for said efforts. Jackson used the example of Target’s “Be Thankful” t-shirt that was designed, marketed and sold without the inclusion of disabled peoples. Furthermore, the sentiment of “be thankful” perpetuates the widely accepted idea that, at best, disabled people should be thankful with whatever is given to them in this world.

Disabled exclusion exists within the advertising industry, too. However, there are also great examples of inclusion done right. Jackson drew the audience’s attention to a 2016 article from The Atlantic titled, “How Subaru Came to Be Seen as Cars for Lesbians.” The piece tells the story of how in the early 1990s, an ad agency that specialized in gay marketing successfully reached its niche target audience of lesbians. The campaign did more than simply feature two women together in ads, but it also contained subtle shout outs to the lesbian community through double entendre headlines and tiny specifics like “Xena LVR” appearing on a featured car’s license plate. By including members of the LGBTQIA community in the process, the brand was able to authentically reach and maintain this loyal fan base for decades.

Successes like these are part of what inspired Jackson to create the WITH Fellowship, which “facilitates designing with, rather than for, disability by partnering disabled creatives with top design studios and creative spaces for three-month fellowships.” Through this fellowship and other initiatives from The Disabled List, Jackson has created a platform where disabled people are being placed front and center, so that brands, agencies, studios and the like can easily access disabled creatives. Because long story short, they exist. And as advertisers and marketers, it’s time we take notice. 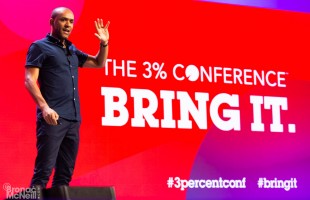 Minding the Backlash: Turning Negatives into Positives in Online Activism 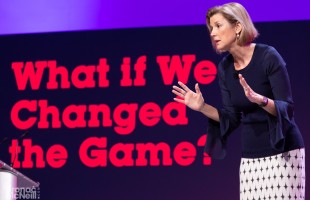 The major takeaway from this panel had to be that, we as women, should be investing more in order to bridge the wide gap in front of us and start investing smartly for the future. 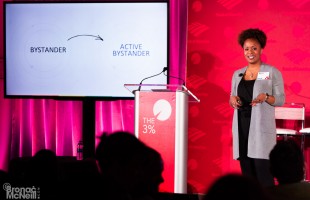 There’s magic inside each of us that's going untapped. And when we find it, we can change how we view ourselves and the way we present ourselves to the world.