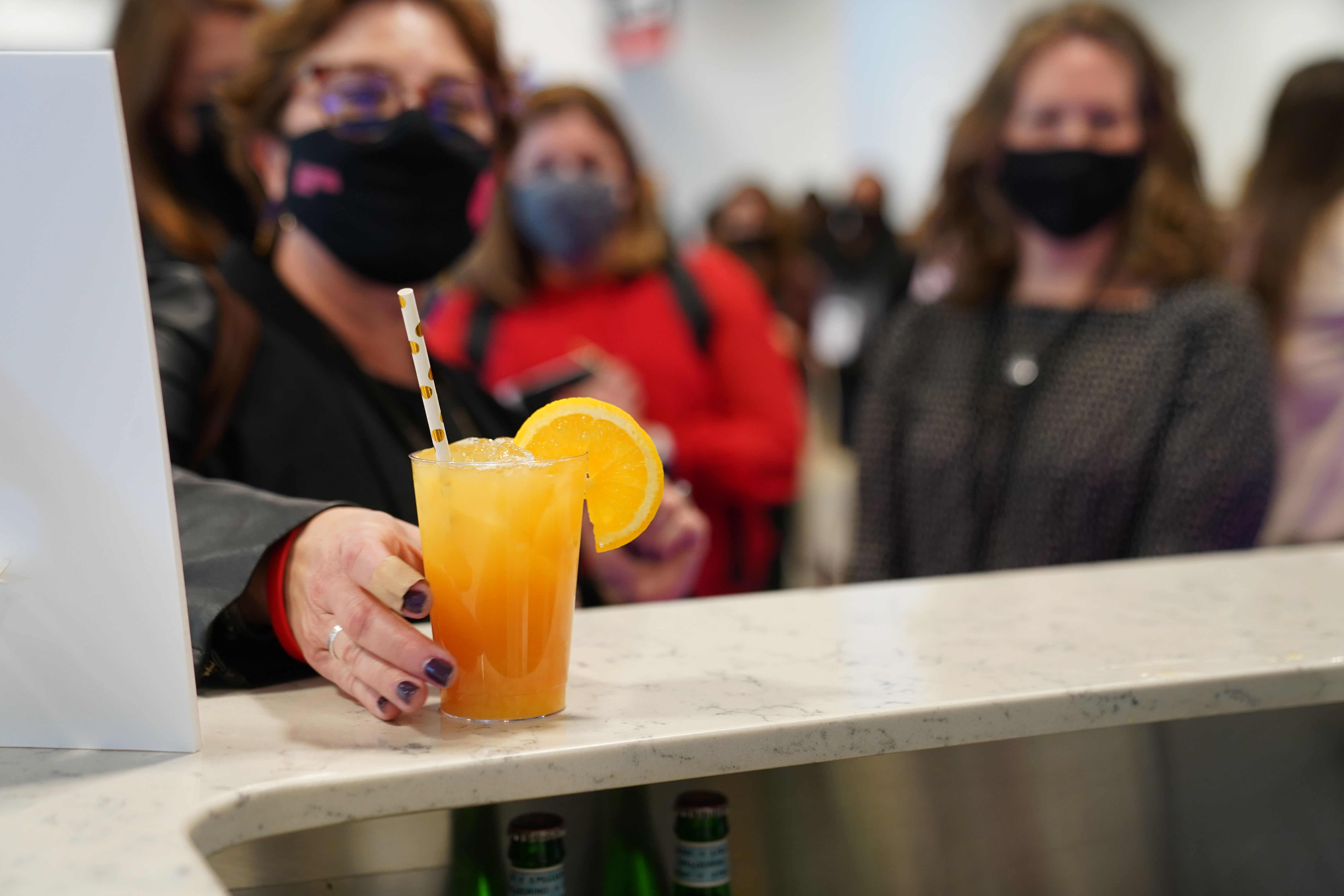 Susan is an LGBT Mom and Executive Creative Director & Partner at a startup agency in Chicago called Pahnke (pronounced pahn-kuh). Susan believes in the power of old school storytelling and new-school technology and has combined both in her 20+ year career working for brands like Disney, Volkswagen and State Farm. She loves mentoring creatives and believes she often learns more from them than they learn from her.

Susan was honored as a She Runs It “Working Mother of the Year” and has published pieces in AdAge, Reel Chicago as well as some literary and wellness pubs you’ve never heard of. In addition to chasing toddlers and starting an agency, she loves to ski, do yoga and chill at the lake. Follow her and her agency (@pahnke_us) on insta.

When I began my career as a Copywriter over 20 years ago, my first account was Jim Beam. We all drank a hell of lot then, and most of us still do today. The advertising industry has always had a love affair with alcohol. And all those happy hours, wrap parties and holiday parties not only fuel countless incidences of sexual harassment and abuse but unfortunately a culture of alcohol-dependent people.

As the 3% Movement has evolved over the last 10 years, Kat Gordon and her team have kept their ear to the ground on defining trends and behaviors that divide us. One such trend she has identified is the role alcohol plays in our industry and many of our lives.

When the pandemic hit and in-person happy hours became a thing of the past, ironically for many, the drinking only increased. For myself and many working Moms, as well as struggling extroverts and isolated singles alike, drinking became a coping mechanism. A way to combat the monotony, signify the end of the workday and deal with the isolation. Midway through the pandemic when I met with clients at an outdoor happy hour and we all candidly discussed our recent drinking behavior, I estimated my drinking was up a modest 50%. Everyone laughed. I laughed. It was funny. Wasn’t it?

So when Kat, after just finishing sober October, invited two other women on stage to talk about their relationship with alcohol, I drank up their vulnerability and wisdom from the front row. Shari Neal Williams is a Senior Marketing Specialist at Northwestern Medicine and Mom who never considered herself a big drinker but had recently stopped for health and wellness. She felt great. She was glowing.

Marianna Ruiz, ECD at Edelman, called herself a “lifetime drinker.” I liked her immediately. She was speaking my language. Marianna had decided to give up alcohol for an entire year to go into her 40th year with “sober clarity.” Her Father was an alcoholic and Marianna wanted to check herself, to make sure she wasn’t overly dependent on alcohol either.

Kat shared that when she moved to Napa Valley, her default answer to drinking became an automatic “yes.” During sober October Kat gained the freedom of not thinking about alcohol, as well as better sleep.

Kat also found inspiration for sobriety in @creativesobriety on Instagram. The creator, Kristen Bear, asserted booze was making her generic and get this, less creative! I started following her insta account immediately. Kat also told us about an app called Cutback Coach that helped her take a more mindful approach toward drinking.

Since going alcohol-free Shari felt like she had a clearer mind—and the weight loss was a nice benefit, too. She had listened to her body who was saying “enough is enough.” Kat applauded Shari and shared that we often know what’s damaging physically and emotionally, but we must be brave enough to hear it.

Marianna said that since her last drink almost two months ago she has felt more productive in every area of her life. She’s even noticed more vivid dreams and feelings. “I was dulling myself,” she said with clarity. Marianna also shared she wanted to stop saying “I’m sorry’” after drinking. Sorry to those she had unintentionally hurt and to admit that her harder-to-process behaviors were often fueled by alcohol.

Kat also acknowledged the ad industry had recently started targeting women drinkers more and asked if we should do something about it. Shari took it one step further, “Is [drinking] like marketing cigarettes? Maybe it is.”

The conversation wrapped up discussing the shame our industry dishes out to those who don’t drink. It’s not only divisive but concerning that drinking alcohol is always the default expectation. Following the “Rethinking Booze” talk, the 3% Movement made good on its challenge to not make alcohol the default as they welcomed my friend and mentor, Jean Batthany, SVP Chief Creative Officer at Walmart, to the stage to share why she has chosen to be sober for over a year. She was amazingly raw and vulnerable. And it was so damn refreshing. Jean then introduced the first ever mocktail party at the 3% Conference sponsored by Walmart, and clearly inspired by Jean.

At the mocktail party I’ll admit I headed for the bar with wine and then toasted Jean for her strength and candor. But after waking up the next morning after a few glasses of wine and a horrible night’s sleep, I decided maybe it was time to be a bit more mindful about drinking myself.

I downloaded an app to help reframe my relationship with alcohol. I started talking with friends and colleagues about our obsession with booze and what it means. And I asked what I could do differently to not create division between drinkers and non-drinkers at my agency.

A few easy things to consider: plan an agency cooking class over a happy hour. Buy some NA beer for your agency fridge. And make sure to have a mocktail or two on hand for those upcoming holiday parties.

Taking little steps to help our industry be more mindful about alcohol has the potential to not only redefine our culture, but also promote wellness, inclusivity and yep, maybe even, creativity. 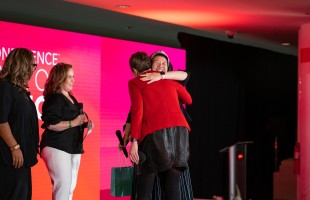 A half full glass: my takeaways from the 3% Conference 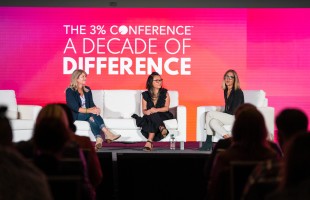 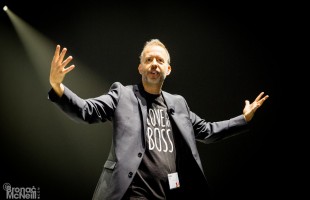 Keynote: Life is a Playground

Kyle Cease opened Day 2 of The 3% Conference with a keynote aimed to have the audience rethink everything and everyone in their orbit...for better.