Gender Bias On Wikipedia and the Rising Violence Against Female Journalists

Caroline Casey is a rising Junior at Hamilton College. She is a Women and Gender Studies major with a double minor in Studio Art and Government. She has spent the summer of 2021 interning as planning coordinator for the 3% Movement.

As we celebrate the growing voices of brilliant women such as Amanda Gorman and Naomi Osaka, there is a discrete and yet dangerous siege occurring online against female voices. Women who make their living writing and editing for sites like Wikipedia, The Washington Post, and the New York Times are being met with vicious and dangerous online attacks in retaliation to their work. The violence is going largely unnoticed and the women unprotected.

In the years since its creation in 2001, Wikipedia has become the collective answer to the world’s infinite questions. Whether it be for preliminary research on a class project or to quell a brewing family feud, most people visit a Wikipedia page weekly, if not daily. As a result, most readers have become comfortable accepting the contents of Wikipedia as fact. And while Wikipedia pages are meticulously researched and revisited, it is what is missing from Wikipedia that hints at the site’s deep-rooted sexism and misogyny.

Women are drastically less likely to edit Wikipedia articles, women are appallingly underrepresented by the site’s biographies, and subjects that align with the interests of women are significantly underdeveloped on Wikipedia.

According to the Wikipedia page, Gender Bias On Wikipedia, 90% of contributing editors were male, 8.8% were female, and 1% were other in 2018. In a recent study conducted by Francesca Tripodi, sociologist and assistant professor at the UNC School of Information and Library Sciences, less than 19% of biographies featured on Wikipedia in the English language were about women. However, articles nominated for deletion were about women over 25% of the time. Even when a woman beats considerable odds and receives a Wikipedia page honoring her accomplishments, the honor is most likely not long lasting.

When speaking to The Atlantic, university student and Wikipedia editor Emily Temple-Wood stated that she has identified almost 4,400 female scientists who meet Wikipedia’s standards for notability and do not yet have a page. The issue lies beyond simply clicking the readily available Wikipedia link at the top of a Google search. We must instead pay attention to which searches do not yield a Wikipedia page.

The quality of Wikipedia pages only further suggests that the site and their editors are operating under dangerously unchecked gender bias. Oftentimes, biographies about women were found to include language that directly indicates gender, such as “wife of…” or “first female mayor.” Tripodi states, “Marking women’s pages with gendered language reifies a heteronormative hierarchy, creating a precedent that a notable person is presumed to be male unless otherwise stated.” Wikipedia admits that pages dedicated to women are plagued by “loaded” language, but little consideration is given to the effects of such communication.

Sociologists and journalists for the New York Times have considered the faults of Wikipedia and have suggested a few reasons why the site breeds sexism and inequality. Some suggest that the lack of female editorship reflects the detriment of the female communication style; men present opinions as fact while women present ideas as suggestions, and Wikipedia deals exclusively in facts. Perhaps only men possess the entitlement necessary to provide unequivocal answers. Some suggest that the online anonymity of Wikipedia allows for trolls to gain power in a way that cannot be stopped. However, it is the violence that female Wikipedia editors face that seems most compelling to explain why Wikipedia is glaringly missing female voices.

In an article published in 2015 for The Atlantic, a female Wikipedia editor, Lightbreather, tells of how she googled her username and discovered that someone was posting pornographic images on a website and claiming that the images were her. This act of revenge porn came after Lightbreather was encouraging more gender equality on Wikipedia. She quickly came to understand that the person posing as her on this website was a fellow Wikipedia editor. When she took her case to Wikipedia’s panel of elected users who arbitrated arguments between editors, she was met with even more hostility. It was suggested that she was in fact instigating animosity because she had, in the past, filed harassment complaints against multiple other editors. After hearing her case, the panel’s decision suspended Lightbreather from editing on Wikipedia for a minimum of a year.

According to Tripodi’s research, female editors feel they must consider safety risks when choosing what pages to edit. Furthermore, they feel they must fervently protect pages they have created when they represent women or the interests of women. Wikipedia is another example of women having to work hard and under far worse conditions to achieve any level of professional accomplishment. And when female editors are unable to successfully publish pages that highlight the work of notable women, the professional accomplishments of even more women are depreciated. It is a cycle and site that successfully silences women.

However, online violence against women goes far beyond the biographies and articles of Wikipedia. Female journalists who work for trusted and respected news outlets in the United States are being cruelly attacked for simply reporting on current events.

In recent years, social media has become a central aspect of journalism. Journalists are expected to have an online presence in order to gather public opinion, engage with readers, and draw attention to their work. Such an active online presence blurs the boundaries between individual and journalist; journalists are no longer being criticized based on their journalistic merit, but rather on their physical and personal being.

A recent study conducted by TrollBusters and International Women’s Media Foundation categorized 3 different types of threats that female journalists now face online: direct harassment, invasion of privacy, and denial of access. The second two categories highlight how social media has allowed for and inspired an all new way for the safety of women to be violated. Invasion of privacy includes unauthorized access, exposure, and spreading of a victim's personal information. While denial of access is when a victim's digital platforms are flooded with unwanted messages or untrue reports in such a way that renders the victim helpless online, these definitions provide an important educational understanding of the technical aspects of online harassment. But the actual experience of being targeted online is a far more personal and frightening experience for female journalists.

After experiencing online attacks that reference physical features, family and personal relationships, spread personal information and doctored photos, and oftentimes include racial slurs and threats of rape, female journalists are plagued with overwhelming fear and violent panic attacks. If a woman is lucky enough to be a full time staff member of a news outlet, she may be entitled to time off or have access to any needed psychological support. But most often the women that online trolls target are freelance journalists. Not only do they not have the backing or protection of a large, respected employer, but they do not have the option to stop working. Over 50% of respondents to the earlier mentioned study were freelance journalists. Of all respondents, 63% indicated they have been threatened or harassed online, 58% indicated they have been threatened or harassed in person, and 26% indicated they have been physically attacked.

For simply doing their jobs, these women are having their phones tapped, death threats stuck to their car windows, and sexually explicit photos spread online. As Washington Post columnist Margaret Sullivan states, “It’s simply an unhinged rage that women dare to have a voice.” We have begun to feel as though the experiences of women are finally being heard because our Vice President is a woman; we have begun to pat ourselves on the back for adjusting curricula to include the voices of all identities in history; we have begun to feel safe as the MeToo movement revolutionizes the workplace. But our naive celebrations are making us blind to the experiences of female editors and journalists today. Although their office is online and not in a physical space, these professional women are still being assaulted, silenced, and their achievements obscured. Cowardly hiding behind usernames and keyboards, men are continuing to control narratives and repress women. As we fight for equity and inclusion in all industries, we must not forget the women whose names do not yet headline a Wikipedia page, whose hard work is promptly deleted, and whose latest news story has forced her into hiding. 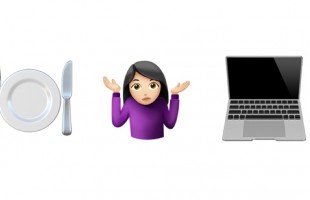 Becky Brinkerhoff shares her journey of openly acknowledging her eating disorder at work and the crucial role empathetic managers play for their employees. 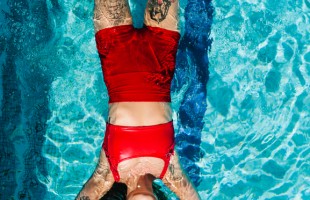 If I Knew Then

Maia Hariton's younger self was scared of the future; here are the things she would tell her. 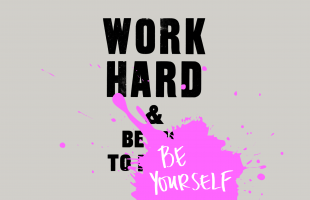