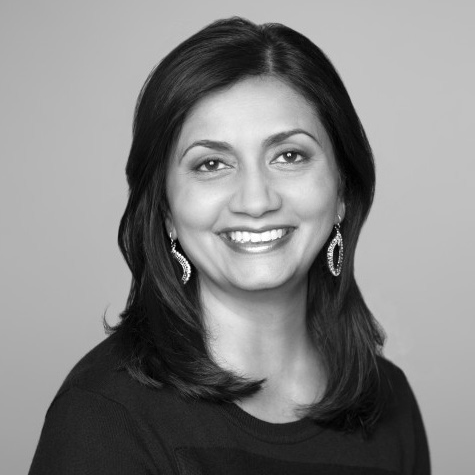 Karuna Rawal is President, Groupe Client Lead for the Leo Burnett Group. In this role, she leads the omnichannel agency teams for a portfolio of key Publicis Groupe clients. Prior, she was President, Arc U.S. and Chief Strategy Officer for Arc Worldwide, Leo Burnett’s activation agency.  Karuna brings over 25 years of experience in brand management and shopper marketing across the CPG, retail and healthcare industries. Her expertise, shopper insight and innovative “Shopper Back” work have been instrumental in her work with clients such as P&G, Walmart, Coca Cola, and MillerCoors. Recognized as a leader in the shopper space, Karuna is a frequent speaker at conferences, client-side think tanks, and industry events. She’s been recognized in “Who’s Who in Shopper Marketing” and as a Woman of Excellence in Shopper Marketing as well as a distinguished faculty of the Path to Purchase Institute.

Recently, Karuna was the lead strategist on the wildly successful P&G Always #LikeAGirl campaign which won 14 Lions at Cannes Festival 2015, including the coveted Titanium Lion, an inaugural Glass Lion for promoting gender equality and an Emmy for Outstanding Television Commercial.

Previously Karuna spent over a decade in brand management and customer marketing at P&G. Her last role was Marketing Director, Customer Marketing where she led P&G’s pioneering efforts in shopper marketing with key retailers in the Drug Channel.

Karuna resides in Chicago with her husband and three children. She is a member of the Executives Club and the Economic Club of Chicago as well as an Advisory Board Member for the 3% Conference. Karuna serves as a mentor for She Runs It and is a volunteer with the American India Foundation.