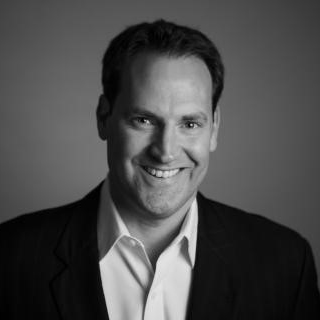 A driving force at VML since 1996, Jon has served as global CEO since 2011. During his tenure, the agency has grown from 30 employees in Kansas City, Missouri, to more than 3,000 VMLers across six continents.

Jon helped lead VML to Advertising Age A-List honors -- recognizing the industry's top ten most influential and impactful agencies -- each of the past three years (2016-2018). He guides VML's ongoing evolution as an agency that transforms brands, equally advancing all facets of VML's offerings, including strategy, campaign, and content work; deep technology solutions; and more. He is committed to helping the world's top brands communicate with customers through a comprehensive connected experience.

Jon was named one of the 100 most influential people in advertising, as designated by Adweek and the 4A's. He was also recognized as the Advertising Professional of the Year by the American Advertising Federation-Kansas City (AAF-KC) and was a finalist in the Ernst & Young Entrepreneur of the Year award program.

A leading advocate of the VML Foundation, the agency's employee-funded 501(c)(3) nonprofit community service organization, Jon serves on the advisory board. He is a member of the National Advisory Board of the National World War I Museum and Memorial in Kansas City, Missouri, and a board member of the Head for the Cure Foundation, a national organization dedicated to discovering cures for brain cancer.

Jon graduated from the University of Missouri in 1993 with a Bachelor of Journalism. In May 2018, Jon delivered the commencement address at the Missouri School of Journalism graduation ceremony. He relishes spending time with his wife, Lisa, and their three daughters. The family especially enjoys hiking together.