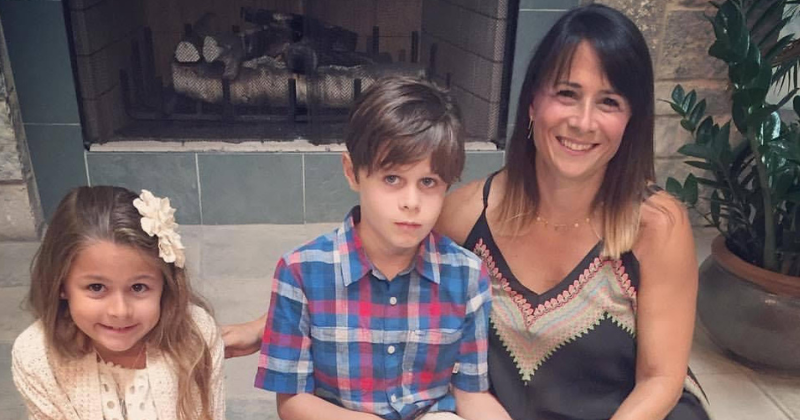 THE THINGS WE’RE NOT SUPPOSED TO TALK ABOUT

Lisa Leone is an art director, copywriter, creative director and six time (and counting) marathoner. Her senses of style and slightly-off humor have worked their way into campaigns for many recognizable brands and won a few awards here and there, but she's most proud that her work was once mentioned in an Onion article. Lisa's family meatball recipe, homemade chocolate chip cookies, pleasant speaking voice and witty status updates are the sole reason she is allowed to live and remains accepted by mainstream society. Any quirks found in Lisa's personality can be traced back to being a 12-year-old closet Monty Python fan in a small east coast town.

Number One: I’m Hopelessly Addicted to America’s Got Talent

Sort of. I mean, I’ve never watched a whole episode. I don’t even stream partial episodes. I just watch the highlights. YouTube video after YouTube video, often when I’m supposed to be doing something way more important.

For me, 2019 was a shitshow. I was trying to navigate a failing marriage amongst financial struggles. I had been stressed to the point of being physically ill, overweight and going from two rounds of steroids for a crippling cough in the spring to losing almost 40 pounds in two months, no appetite, and extreme anxiety by the end of the year.

I made the difficult decision to file for divorce, making peace with the fact that, while we most likely could not afford a divorce, my mental health and well-being couldn’t not afford a divorce. While we would have to stay under the same roof, perhaps rotate in and out of a “cheap crash pad,” I felt that, at some point, life would be different but mostly better. Financially challenging but with a much more peaceful outlook.

Then, we were required to shelter in place.

Within two months, I was laid off. Plans to rent a crash pad were postponed. The divorce dragged on and the bills racked up.

I used to joke about it. I mean, it sounds like a joke, right?!? Or a funny movie. A girl files for divorce but she and her soon-to-be-ex are required to shelter in place together.

We were living a real-life War of the Roses. We did our best to drive each other completely insane.

I continued to lose weight. I remained unemployed, and struggled to find another job for almost five months. Then I found one, a great one but for half my salary and a total commute of four hours each day. Then, I found another one, back toward my previous salary and only 20 minutes away. But within less than a year, almost half of the workforce at my new job were laid off, myself included. So I welcomed 2022 with a fresh request to certify for unemployment. For the second time since starting to work at age 14 and the second time since the pandemic began, I was collecting unemployment.

During all of this, my financial setbacks became insurmountable. The goal of working my way through this thing seemed less and less likely — enter your typical ever-expanding hallway scene in the horror/suspense/thriller movie of your choice. I couldn’t pay bills. I couldn’t afford rent. I couldn’t afford food. I was receiving both unemployment and EBT/SNAP benefits. I consulted with a good friend who is a financial advisor. I was embarrassed. He assured me that there’s no shame in bankruptcy. It’s a way for me to have a second chance at survival. A way to pick myself back up and try to be a productive member of society. I know it sounds like a brochure, but it’s true. I thought I was at my lowest. I couldn’t support my family. If I was going to be able to rent a home for me and the kids, I need to do something. So I declared bankruptcy.

Then I looked at a series of rental homes, and wrote letters to the management companies and landlords explaining my financial situation and pleading for them to consider my application. I also bribed them with chocolate chip cookies and meatballs. Don’t laugh. It worked.

I found a modest home in a neighboring suburb. At times I was unable to make rent, and at some point lost my SNAB/EBT status and had to ask my siblings to help me buy groceries for me and the kids. I wanted to crawl into a hole and ghost my landlord. But instead, I called him in advance, before rent was due, when I already knew I couldn’t pay it. He told me he wanted to help and was happy I called and told him up front. He let me pay 2 ½ months rent late, without a single complaint or late fee.

Between the arguments and the layoffs, the complete, incessant, unrelenting stress and the toll all of this was taking on my children, I became depressed.

I was experiencing four of the five top triggers for situational depression. Go big or go home, right? When I wasn’t with the kids I self-medicated.I closed myself off to most friends and family. If I was tired of hearing about my problems, surely they were too. I was ashamed and felt my life was something I had to hide. I had been dating a wonderful person who had to deal with so much of this roller coaster that, at some point, I internalized what was happening to me because I saw that the turmoil was putting a strain on our relationship.

But, as much as I could, I kept a smile on my face for the kids.

And when I was alone, I cried.

I asked for help. Since we never talk about depression, we feel it’s not ok to not be ok, and when we can’t move beyond that we can’t get to the point where we should ask for help. I took way too long to ask for help. It was a very humbling process and thankfully, I chose the right people to ask — who knew the right things to say, the right way to help, and who somehow knew how to check in on me without going overboard.

Number Seven: It Can Happen to You

My career and life have had their share of ups and downs. But somehow the downs always felt like they’d be followed by an up. I mean, it’s inevitable, right? But I just kept going down. I had gone from a job where I traveled and stayed in nice hotels and made fun things and laughed and cocktailed with fun people and was able to feed and clothe my kids and put a roof over their heads to one where I could do none of those things. And while life carried on at a much less challenging level for my friends and loved ones, I grew increasingly embarrassed, thinking, “This can’t be happening to me. How did I let this happen to me?”

Since we don’t really talk about numbers one through six, most of us feel like rock bottom can’t happen. I mean, sure, we’ve all lost a job, or ran short on cash before the next paycheck, or have a slump where the ability to make a mortgage payment was a nail-biter. But all of these things and more? I never thought they could happen to me, let alone all at once. Until they did. And even now, when I’m seemingly in the healing process (that I told myself and everyone I owed money it would take 6 months to a year), I still panic. I don’t want it to ever be that way again. But at least this time I know I can survive it.

Number Eight: Accepting Help is Not a Weakness

You need to accept help. When you lose hope, when you start thinking you’re a horrible person. When you think the universe is just picking on you and you’re doomed to be destroyed by the same crushing wave that slams on your head, over and over again, you have to accept help. The kind you ask for, and the kind you don’t. If I had been too busy lamenting those crashing waves, I never would have responded to the lifelines the universe also seemed to be sending me. The silent love of siblings. Professional friends who, somehow, knew when to check in on me. An old colleague who sent a recruiter my way, without even knowing how desperately I needed it (a recruiter who worked with me to eventually find a fit so perfect I couldn’t have written it better myself). True friends — the few who don’t evaporate and have the intuition to know they’re needed…for advice, pep talks, tears, wine…without waiting to be asked. And one friend and loved one who wouldn’t give up on me, who saw and continues to see only the best in me.

You need to see these as bright moments and people who hold you up. Believe what they say and do, not the voice inside your head. Don’t be invisible. Don’t beat yourself up. Don’t sit in the dark and cry. Because… …

Number One: I’m hopelessly addicted to America’s Got Talent.

One day, through tears, I was scrolling through my feed. Someone had shared an AGT video, of a young singer named NightBirde, performing her original song, “It’s OK.” She had spent the prior few years “dealing with cancer” in her liver, lungs, and spine. Howie said, “So you’re not ok.”

NightBirde replied, “It’s important that everyone knows I’m so much more than the bad things that happen to me.”

This is important, and so, so true. You know how I know? At my lowest, for a short time I felt like this somehow made me a less talented creative. But when I finally landed a freelance gig, I was relieved to discover that I was able to jump in and try my hardest to present ideas that I was proud of. Then again, for another freelance gig. Across both gigs, I contributed to three new business pitch wins.

Also, when it felt as though I couldn’t help myself, I tried my hardest to help anyone and everyone I could. I helped my team after layoff number two find new gigs. And remained accessible in case they needed any advice, smiles or ego boosts. These things helped me keep my chin up, most of the time.

Then NightBirde said, “You can’t wait until life isn’t hard anymore before you decide to be happy.”

So the fact that we never talk about these things?

Bullshit. It’s vital we talk about and normalize them, so we don’t have to deal with shame on top of everything else. What I went through could happen to anyone. I hope it doesn’t. But if it does, the only way to get through it is by getting over the stigma that you can’t talk about it.

(And if it’s not, lisa@lisaleone.net. I can help.)

*Important to note: I am talking about situational depression, not chronic depression — or any other kind for that matter. It’s still ok to not be ok if you have any kind of depression, but chronic depression cannot be fixed by talking yourself into happiness. In my case, I struggled to cope with a series of curveballs life threw at me…all at once. And it took time for me to realize everything I’m sharing. But everyone’s journey and path out of it is deeply personal, not a one-size-fits-all approach.