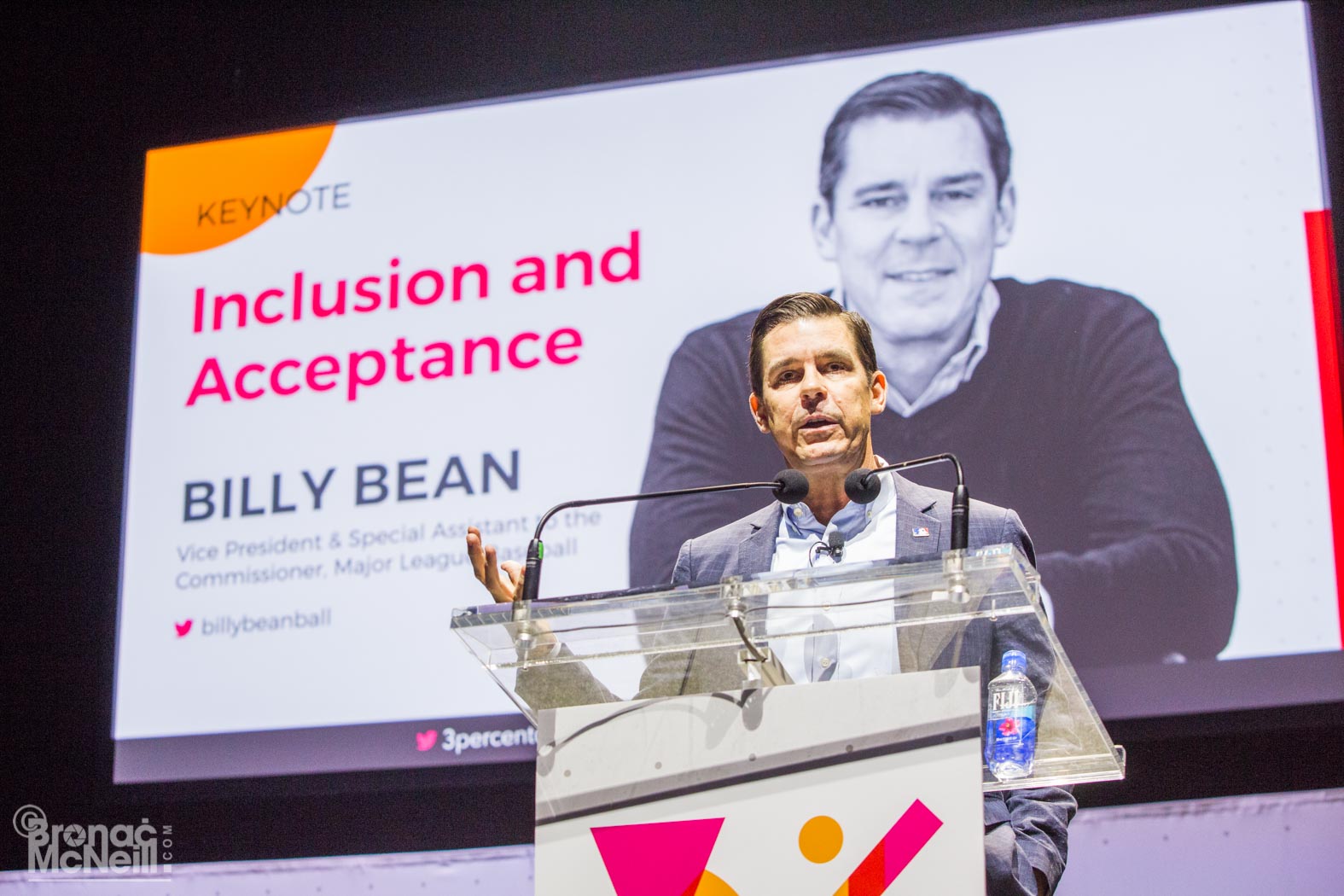 Christina Melander likes asking questions and making great stories and strategies with the answers. Having worked for brands, agencies, and publications, her career spans journalism, content strategy, and communications. She is a mother, wife, friend, daughter, writer, and feminist who currently leads communications for Swift agency and is a Portland ambassador for Ladies Get Paid. Find her out for a run, on the soccer sidelines, or watching Riverdale.

Billy Bean—the only openly gay Major League Baseball player (current or former) alive today—has a message for us all about the costs of hiding who you are and who you love.

The first thing you need to know about Billy Bean is that he is NOT the Billy Beane made famous by Brad Pitt in Moneyball. Both Billys were pro baseball players and currently work for Major League Baseball so you can see how it gets confusing.

Second thing to know is the Billy who delivered this keynote (that’s Bean with no E) is gay. Billy “Moneyball” Beane is straight. Billy Bean’s struggle with self-acceptance is what brought him to the 3% Conference.

Bean grew up in a conservative Catholic household in the Midwest, the eldest of seven kids in a blended family with an ex-Marines stepdad. “It was the perfect petri dish for homophobia and prejudice,” he wryly noted.

A three-sport athlete throughout high school, Bean said he never met anyone who was gay and didn’t “really think I could be gay, I just wanted to play centerfield.” He made it to the Majors by the time he was 21 and married young.

“I tried to lead a double life in the early ‘90s. I don’t recommend it but I thought I was managing it,” Bean said.

Until the partner of his hidden relationship died of HIV-related causes and Bean hit a breaking point. Instead of attending the funeral of the person he loved, he went to practice, lest the true nature of his relationship be uncovered. He tried to carry on but was consumed with fear of becoming HIV+ and worried about contact with other players. He picked up and flew to Miami Beach and just never returned for spring training.

“I thought I was going to live a quiet life with a dog,” Bean said.

The relative calm of his closeted life exploded when he opened a restaurant and the coverage turned into a coming out story of a former pro ball player. HIs story ended up on the front page of the New York Times, on ESPN and eventually a one-on-one broadcast interview with Diane Sawyer. “I didn’t really know why people wanted to talk to me. I kept thinking: All I’ve done is been disrespectful and lied about who I am. I was disconnected from my family and wasn’t familiar with the LGBTQ community,” Bean recalled, noting his discomfort with being seen as a role model.

It wasn’t until he met Judy Shepard in 1998 that he realized how he could help others simply by being honest about who he was. Judy Shepard was grieving the brutal murder of her openly gay son Matthew, who had been beaten to death simply for being gay in Laramie, Wyoming the year before.

Bean was overcome by the experience but still didn’t know what to do. “Just be yourself,” Judy advised.

“The day I stopped lying about who I am was the daylight started to shine in my life again,” Bean said.

Today, as Vice President and special assistant to the Commissioner of Major League Baseball, Bean helps normalize homosexuality, transgender and gender-queer identification within the MLB and via programs sponsored by the league. His “Shred Hate” initiative aims to educate about diversity and inclusion and prevent bullying in the schools of cities that are home to MLB teams. The three-year plan is starting off in nine cities with the intention of spreading to all 30 markets.

Bean appears fairly comfortable in his own skin these days though he is mindful of his arena and tries not to alienate or push the envelope too far. His close-cropped hair and traditional business casual look underscore Bean’s desire to change perceptions while accommodating his colleagues’ meager appetite for discomfort. “I’m so concerned about not perpetuating stereotypes about our community so I think about how I represent on camera and in person,” he explained. “I don’t overdress or grow a beard because I need a whole army of people with me to make change.”

Audience members were a bit thrown off by this admission and apparent contradiction with Bean’s advocacy for being one’s true self. If Bean wants to dress a little flashy or sport some facial hair, shouldn’t everyone—from catchers to outfielders to managers—be OK with that? To some, it saps power from his message of self-acceptance.

Still, Bean’s story is his own and if this is what works for him, perhaps it is not ours to judge. It takes courage to return to an organization as a different, more vocal person, and it is clear that Bean uses his position for good.

And in a broader context, the moment was in sync with the overall gestalt of this year’s conference:

Diversity is complicated and difficult to talk about, but we need to get comfortable with being uncomfortable in order to have brave discussions that help inform new perspectives.

Bean’s vulnerability did just that. And in some ways, the dialogue Bean’s honest admission prompted was more valuable than a tidy story. 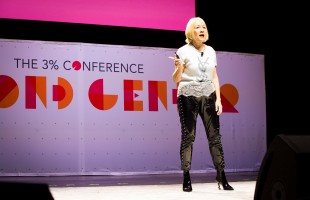 Keynote: Where the Money Is 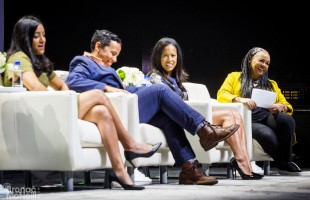 In a year of unprecedented political and societal shifts, the 2017 3% Conference heard from women on the frontlines of the headlines. 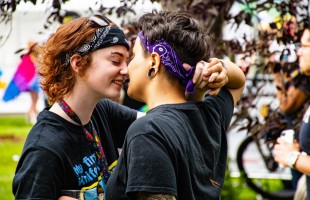