Created in 2017, as a collaboration between The 3% Movement and the Athena Film Festival, the Athena Advertising Awards recognize creative advertising that depicts strong, bold women and empowering marketing messages. This joint effort is generously underwritten by our returning sponsor, Twitter.

Each year, exceptional work in the industry is honored on stage at The 3% Conference and at the Athena Film Festival. The work — from global brands and agencies — is critiqued by esteemed judges such as Geoff Edwards, Cindy Gallop, Nancy Crimi-Lamanna, Christena Pyle, Swati Bhattacharya, Pam Fujimoto, and Liz Taylor. 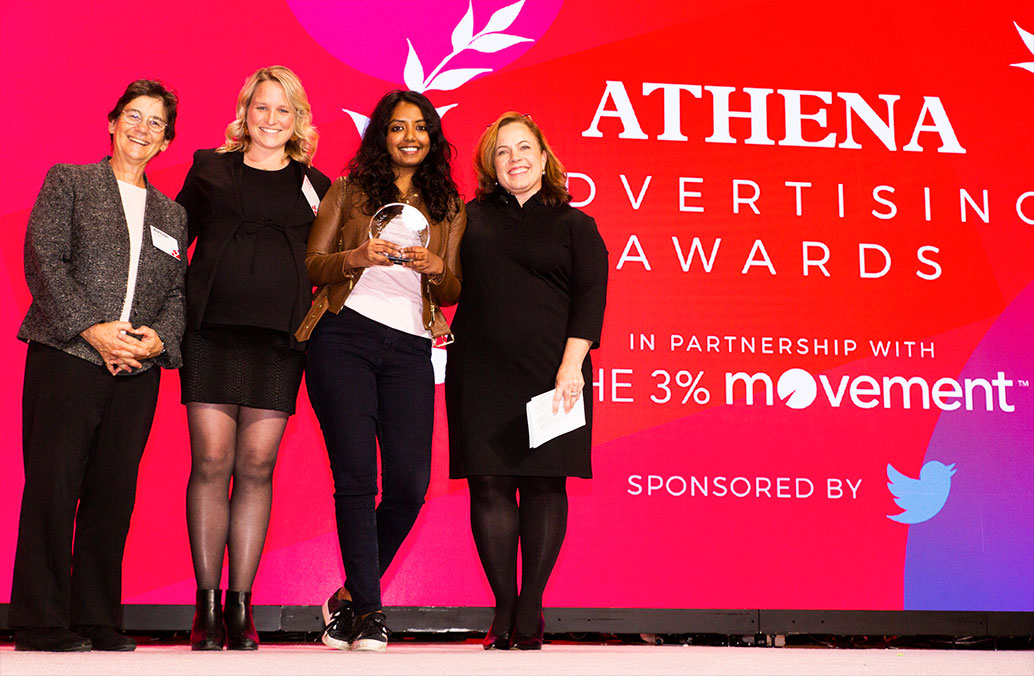 Submissions are open to brands and agencies throughout the world and feature six categories: Film, Digital/Mobile, Social Marketing, Print, Events/Experiential, and Integrated Campaigns.

To submit a campaign for selection or for more information about the Athena Advertising Awards, please visit: https://athenafilmfestival.com/athena-ad-awards/

Founded in 2011, the Athena Film Festival at Barnard College is an annual event honoring courageous and audacious women in real life and the fictional world, screening feature films, documentaries, and shorts. The four-day festival is full of inspiring films that tell the extraordinary stories of strong, bold women leaders from all walks of life — stories of ambition, courage, resilience, and moxie and includes conversations with directors, producers and actors, as well as activities for filmmakers. The festival is a joint project of the Athena Center for Leadership Studies at Barnard College and Women and Hollywood.