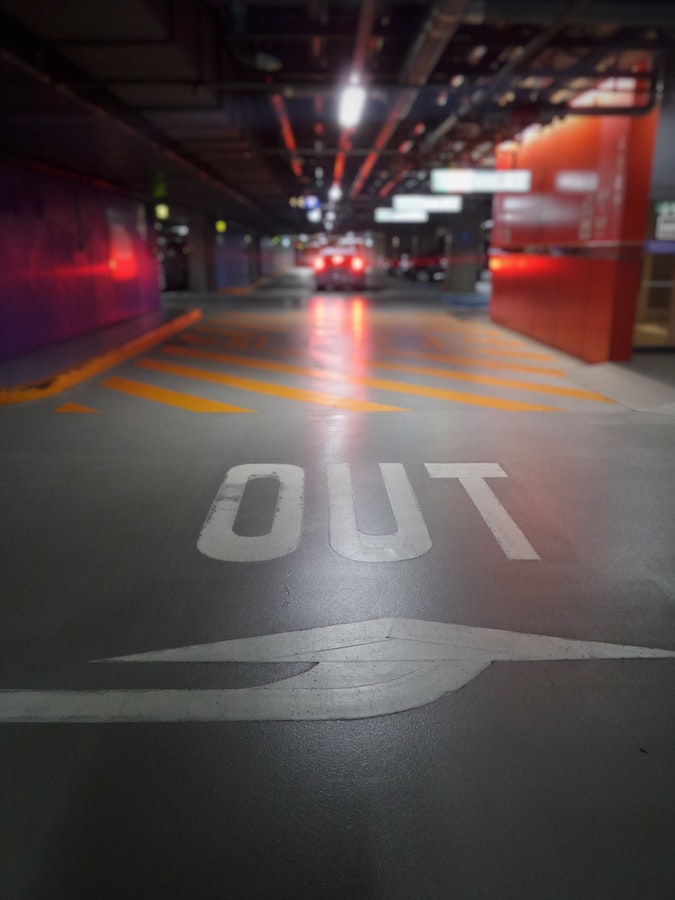 Reevaluating My Worth, and Not in Lions and Pencils.

Aisha was a senior art director at Venables Bell & Partners where she worked on iconic brands such as Audi, Reebok, and Scotch Brite creating compelling, narrative-driven films. She has also been named one of The One Club's: Next Creative Leaders and Business Insiders 30 Most Creative Women in Advertising. Last year she founded Fellow, the first app-based community for women in advertising.

There's an archetypal career path we've all been conditioned to pursue in advertising. It’s cliquey and flashy, and all-consuming. Like if True Religion jeans were a person. And I was well on my way there. For the past five years, I've been grinding away at reputable agencies, speaking on dramatically lit stages—poised to take the next crucial step that would launch me into the advertising stratosphere. But instead, I quit (at least for now). Walked away at my peak. I’m going against every instinct, throwing what I should do to the wind, and taking a sabbatical instead.

In order to understand why, we have to go back. Way back. To Mrs. Height's 4th-grade class. I had brought in a book to show her. An impressive 1,672-page monster titled Poetry, An Introduction to Literature. I told Mrs. Height I was reading it, a rather impressive feat for a fourth-grader who was failing. Of course, I wasn’t reading a book that advanced but even at nine, I recognized the kids who didn’t learn like others are often left behind, sorted from those who were deemed more worthy of the teacher's attention. The idea that my self-worth was directly tied to standardized achievements is something we’re taught as kids, and this book was a gesture to say, "Do you see me? I know things. I belong here. I’m worthy, too."

Later, when I found advertising at the cross-section of art and creative thinking, it just made sense to me. I was drawn to it for the same reasons I had always loved art class. I jumped into script writing, typography, graphic design, and storyboarding. Enthusiasm made up for my lack of experience. Tenacity in lieu of portfolio school. I felt lucky just to have a toe in the water and saw my agency as taking a chance on me. Patient to earn their trust, I worked for many years as a permalancer while they made up their mind. Starting at the bottom of the bottom, not even a junior art director, I spent many nights building massive decks for important client meetings, often until 3 or 4 in the morning, sometimes the only one left in the building. Now when I recall the sight of me, a young woman and virtual stranger to this agency left alone to build a deck containing million-dollar ideas, I cringe.

But even in the uncomfortable circumstances, I took careful consideration of every presentation I touched. Improving where I felt necessary, restraining when I overstepped, learning those untaught and unspoken industry boundaries. Excitement and desperation to impress fueled the late nights. Yet despite my effort, the headwinds were immediate. I saw men get hired full-time ahead of me, offered better projects, coached through uncertain challenges. At the time I perceived these occurrences as personal slights. Maybe they were and maybe they weren't, but I promised myself if I wasn't good enough, then I'd once again be that 4th grader reading a 1,672-page poetry book—impossible to ignore.

"With a chip firmly on my shoulder, I threw myself in the deep end."

With a chip firmly on my shoulder, I threw myself in the deep end. I sent my CD’s scripts for projects I hadn’t been briefed on, I took on odd jobs no one else wanted to do, and poured over old One Show books. The first TV brief I ever worked on I sold a Super Bowl spot. I brought in a pro-bono client that won awards and was named part of The One Club’s: Next Creative Leaders. For the first time, I wasn’t just another body in the room. And just as I had been taught as a kid, these benchmark achievements became the only way I knew how to put a value on my worth.

After a bit of success, I landed a job at Venables Bell & Partners in San Francisco. Before my first day, I remember pouring over their website, getting goosebumps looking at the work. Feeling a mixture of pure terror and excitement. Venables gave me the opportunity to touch iconic brands, creating work I could only dream of with celebrated directors I admired, picking up Business Insiders: 30 Most Creative Women In Advertising along the way. But now the benchmark achievements weren't enough. Turns out you can't just do your job to be considered great in this industry. No. You need side projects, too. So I created a campaign that highlighted the opioid crisis. I took over the summer intern program. Ran the agency’s social channels. I even partnered with VB&P to create an entrepreneurial endeavor called Fellow, the first app-based professional community for women in advertising. This led me to speak on stage at The 3% Conference (albeit briefly) and sit on prestigious juries.

All the stuff you're supposed to do, or at least what I thought you're supposed to do, I had done. I should have been feeling more worthy of my place. I had caught the very thing I’d been chasing since Mrs. Height’s fourth-grade class. My own personal Moby Dick (didn’t read the book, but I assume the fisherman totally gets his whale and feels an overwhelming sense of completeness and closure).

"Do I really want to keep up this endless pursuit for praise and prestige in exchange for my mental health?"

But when I stopped to look around, nothing had changed. My cup still wasn’t full. There would always be someone else to impress. Someone who wasn’t totally convinced of me, someone with more awards and a better portfolio. I still felt a deep lust underscored by insecurity when looking at the work of my competition, I was still chasing another crowning achievement or to be named on some celebrated list. There was always something more I could be doing if I just had the time. And that's an exhausting cycle to live in. Physically. Mentally. I asked myself, do I really want to keep up this endless pursuit for praise and prestige in exchange for my mental health? Is it—whatever that may be—really worth it?

"My time is mine to own, no job numbers or timesheets."

So yeah, with my in-laws graciously agreeing to open their home to us, I’m quitting. And I have officially deleted Outlook off my phone which feels surprisingly similar to being naked. For the first time in a long time, there is no career strategy I’m looking to execute, no launch date to chase. My time is mine to own, no job numbers or timesheets. I want to relearn how to evaluate my worth. Remember what it's like to draw without a computer. Dust off that ukulele and finally—finally learn how to play it. I want to fall in love with art again. Tackle that stack of half-read novels sitting on my side table. Honestly, I'm not sure where I'm headed with this, but that's kind of the point. If all else fails, I know I can fall back on the same strategy I've relied on for the past 8 years: fake it till you make it. And who knows, maybe I’ll even get around to actually reading An Introduction to Literature: Poetry.

We want your voice to be heard. Check out our submissions guidelines.