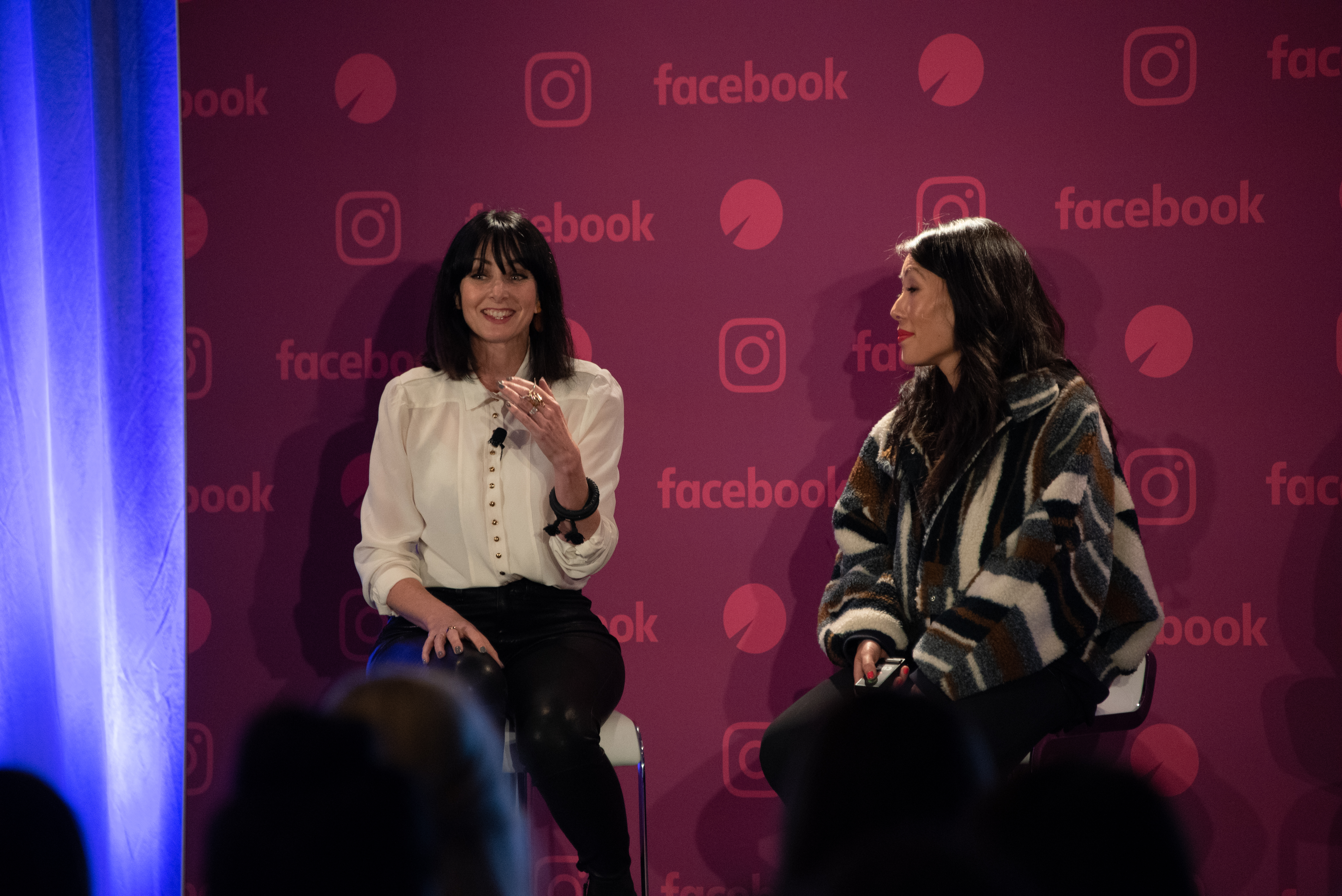 THE POWER OF FEELING YOUR FEELINGS AT WORK

The premise: there’s a tacit understanding that we—women especially—should, at all costs, maintain an “everything is fine” veneer at work. But emotions are one of the oldest forms of human intelligence, and by learning to identify and process them in a conscious way, we can become better leaders.

This makes sense to me. At some places I’ve worked, grizzlies foraging in the lunch room might warrant an email from leadership. (“This is normal—just don’t make eye contact.”) And it also makes sense that, as Chen said in the intro, suppressing our emotions comes at a price. Namely, it blocks energy. And if that energy remains unprocessed, it can calcify into an escalating series of moods that might last for days or weeks or years—and wreak havoc in all corners of our lives.

The question is, how do we release our emotions without losing our proverbial shit or otherwise spreading toxicity? According to Chen and Anderson, there are five core emotions:

These emotions first register not in our minds, but in specific areas of our bodies. For example, anger shows up in the back, neck, shoulders, jaw, and head. And the more attuned we are to these bodily manifestations, the more efficiently we can process the accompanying emotions.

By way of demonstration, Chen and Anderson led us through an exercise, prompting us to breathe deeply and think of a time we’d suppressed an emotion. This was easy, as the day before I’d come close to pile-driving a very nice man in my office who just happens to eat almonds at an unconscionable fucking volume.

As we breathed, they asked us what we were feeling—and where. Sure enough, my neck was tense, my face hot. They then urged us to allow, accept, or appreciate these sensations—and to “match our experience with our expression.”

Anderson provided an example, turning the stage-fright she was feeling in her belly into a squeaky-door sound. The idea, then, is to keep going until the energy is completely released—that is, until we’ve let it go. And I must admit, flaring my nostrils and hissing a few times did provide relief—though it seemed to have the opposite effect on the person sitting next to me.

Anyway, once we’re adept at this process, we can see the intelligence of our feelings—and the vast difference between conscious and unconscious emotions. For just one example:

Unconscious anger is righteous, blaming, critical, ego-driven, and abuses power
Conscious anger doesn’t look like an outburst. It energizes us to say “no,” to cut and destroy the barriers between where we are and where we need to go—in the way that great leaders do.

But here’s what I find most compelling about all this: it’s antithetical to the Great Man theory of creative leadership. For the uninitiated, Great Men are allowed to “follow their guts”—or whatever euphemism they prefer for writing off their own emotional assholery as part of a totally unidentifiable, but totally real, “process.” If the approach advocated by Chen and Anderson becomes more popular, more people will see that it can work for anybody, and more Great Men, unable to hide behind their guts, will be spurred on to the next stage in their evolution: Accountable Men.

BRAG BETTER: A WORKSHOP FOR THE QUALIFIED QUIET 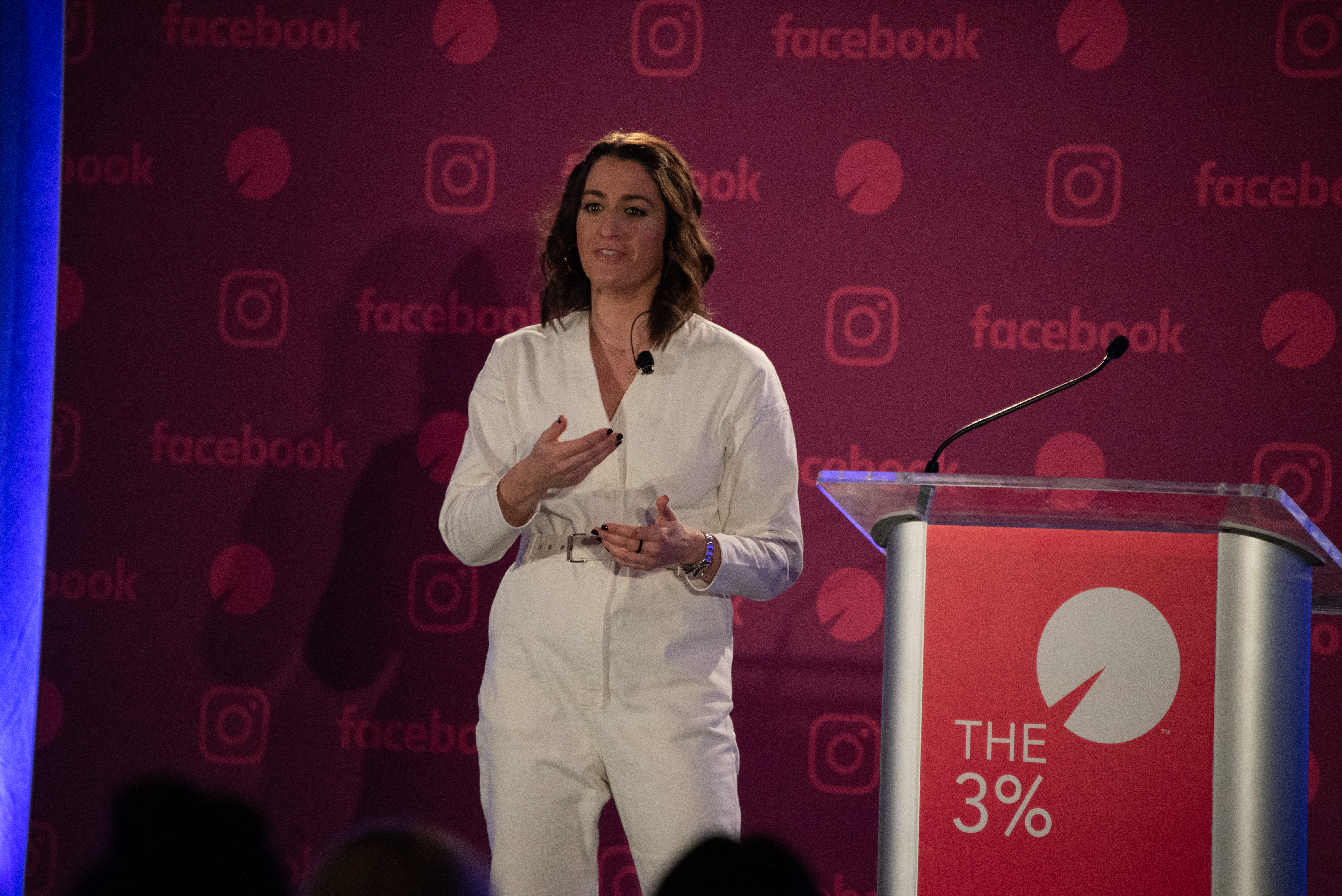 The title of this talk alone sparked some cognitive dissonance for me.

I mean, it’s hard to argue, as Fineman does, that our society prefers style to substance, volume to virtue. I suspect we’ve all had colleagues who were piss poor at their jobs—but who were geniuses when it came to snatching up new jobs and/or glory. And the notion of the “Qualified Quiet,” those who’ve done the work but don’t know how to reap the benefits, rings sadly true.

I’ve shitcanned more than a few tenets of my upbringing, but for whatever reason bragging is still anathema. Yes, it irks me that my achievements are known only to my mother. And admittedly, I never post on social media, or even talk about the things I’ve accomplished. I just assume they’ll be revealed one by one at providential moments. At a cocktail party, for instance, the sea of hobnobbers will part, and I’ll find myself standing next to a very important person from a very important company. She’ll say, “What this campaign really needs is a creative leader with medical AI experience—who’s also recorded some surprisingly pretty okay original music using Garageband.”

So, okay. It’s a hard pill to swallow, but obviously I want to brag. I just don’t know how.

And that, of course, is the point. According to Fineman, founder of FinePoint, a communications and leadership company that leverages PR tactics to empower professionals, learning to brag effectively is crucial. If you don’t, she says, “You’re leaving money on the table.”

As it stands now, however, those who do brag generally suck at it. Those who should brag don’t.

For instance, she told us about a client who’d won six Cannes Lions—and didn’t mention them in her bio.

Another client, an eminently accomplished presidential-administration member, said “Maybe there’s someone better” when Fineman booked her on TV to discuss her own area of expertise.

In response to this last instance, Fineman finally said, “This has to stop.”

For years she’d seen the same scenario play out again and again. Friends and colleagues, abysmal braggards all, required her to hop in and play publicist on their behalves. It was frustrating, but not surprising.

“People, women especially, don’t have role models for this,” she said.

And while she’s not optimistic about making the loud people quiet, she can, she says, “help the qualified quiet get strategically loud.”

Get your bio in order. Set a calendar reminder to update yours quarterly—and keep a running Google doc of your accomplishments to make it easier.

Buddy up. If bragging about yourself is too difficult in a given situation, ask a friend or colleague to help make you look good. You can, and should, always return the favor.

Amplify the voices of others. For example, statistically speaking, people are more inclined to listen to men. Those in privileged positions can help by echoing the sentiments of their less-privileged colleagues.

Control your own narrative. That means anticipating and capitalizing on bragging opportunities online and off, knowing what you’ll say and how you’ll say it.

Reconsider how you introduce yourself. Drop the rote “name, rank, serial number” stuff—but not necessarily in favor of your biggest, shiniest accolades. Instead, start with something you’re actually excited about.

Speaker: Katherine Wintsch, CEO The Mom Complex, Author of Slay Like a Mother 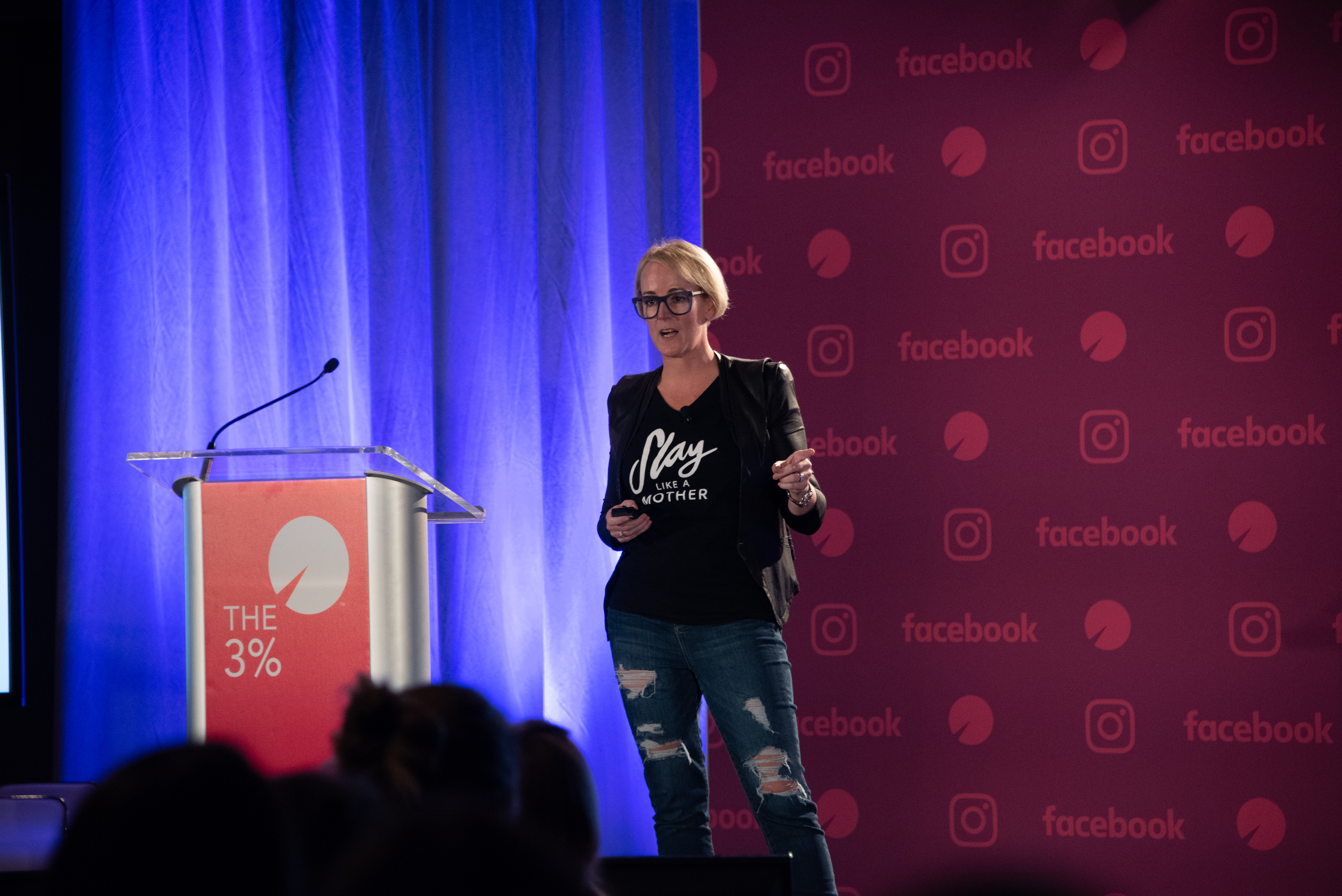 “Everyone would be better off without you.”

In the session’s intro video, one mother admits to another that this is a regular part of her self-talk repertoire. It’s so intimate, so vulnerable, so hard to watch.

And then the second mother replies. “I think that, too.”

“For twenty years of my life,” said Wintsch, author of Slay Like a Mother, “I lived with a dragon of self doubt, this beast that inhaled everything I did wrong, nothing I did right, and blew it back in my face.”

A researcher by trade, she knew that ridding herself of this beast meant learning how it thinks. Her are some key concepts in Wintsch’s research:

As the title of her book implies, Wintsch eventually slayed her dragon. To help others on their own quests, she offered a few tips centered on work/life balance.

Figure out your boundaries and broadcast them. Don’t play it by ear. Decide what you need and tell people directly—in bulk. “I’m going to leave at 6pm every day,” for example. And then do it.

Make time for yourself. Whenever your calendar opens up—say, six weeks from now—make recurring appointments to do yoga, get a massage, go for a run, or whatever. Just stick to it. You can’t tell yourself that your time is more valuable to others than it is to you.

Take your mask off. You know you’re wearing a mask when you answer questions twice, once in your mind and once aloud. The fix, Wintsch said, is to start letting the truth “slip out”. For instance, don’t feel like you have to say, “It was great” when a coworker asks about your weekend. If it sucked, say so. You can’t behave as if what others think is more important than the truth.

Set realistic expectations. What’s new in your life right now? Are you going through a divorce? Have you just become a parent? You’re not going to nail it right out of the gate. Those are the places you need to get your expectations in line and, as Wintsch said, “give yourself a little grace.”

But then I started thinking about all the discussion that surrounded these best practices, and I started to worry that, while it was patently true, it might also be offensively incomplete. That’s how I ended up with this:

*That is, if women adopt these best practices, they may be able to overcome some small fraction of the social and cultural forces that are working against them.**

**The social and cultural forces that are working against them will make these best practices difficult to adopt.

Needless to say, this was not the uplifting ending I was hoping for. Though I did find it sort of poignant. But also glib. And hokey. And profound.

I read it to my wife as we lay in bed. Her take was more definitive: “No shit, Sherlock.”

“Yes,” she said. “But you should still keep it. It’s the kind of stuff those ‘10 Steps to Supercharge Your Career’ articles never mention.”

“Wait. What don’t they mention?”

She sighed. “That eight of those ten things are hard to do if you’re not a dude, or if you have family obligations or whatever.”

“Okay,” I said, “but say women start doing those other two things. At the very least, won’t it rub off on people? Won’t they be leading by example?”

“It would” she said, “if anyone listened to women or cared what they did.”

“Whatever they are,” she said, “they’re just a way to make the best of a shitty situation.”

I thought about that for a while. Finally, I asked, “Is your situation really that shitty?”

But she didn’t answer. She was asleep. I guess she was tired.

Veterans Are Eager to Serve, We Should Let Them

Why wouldn’t we as advertisers want problem-solving experts, regardless of whether we find them in a portfolio school or fresh off deployment?