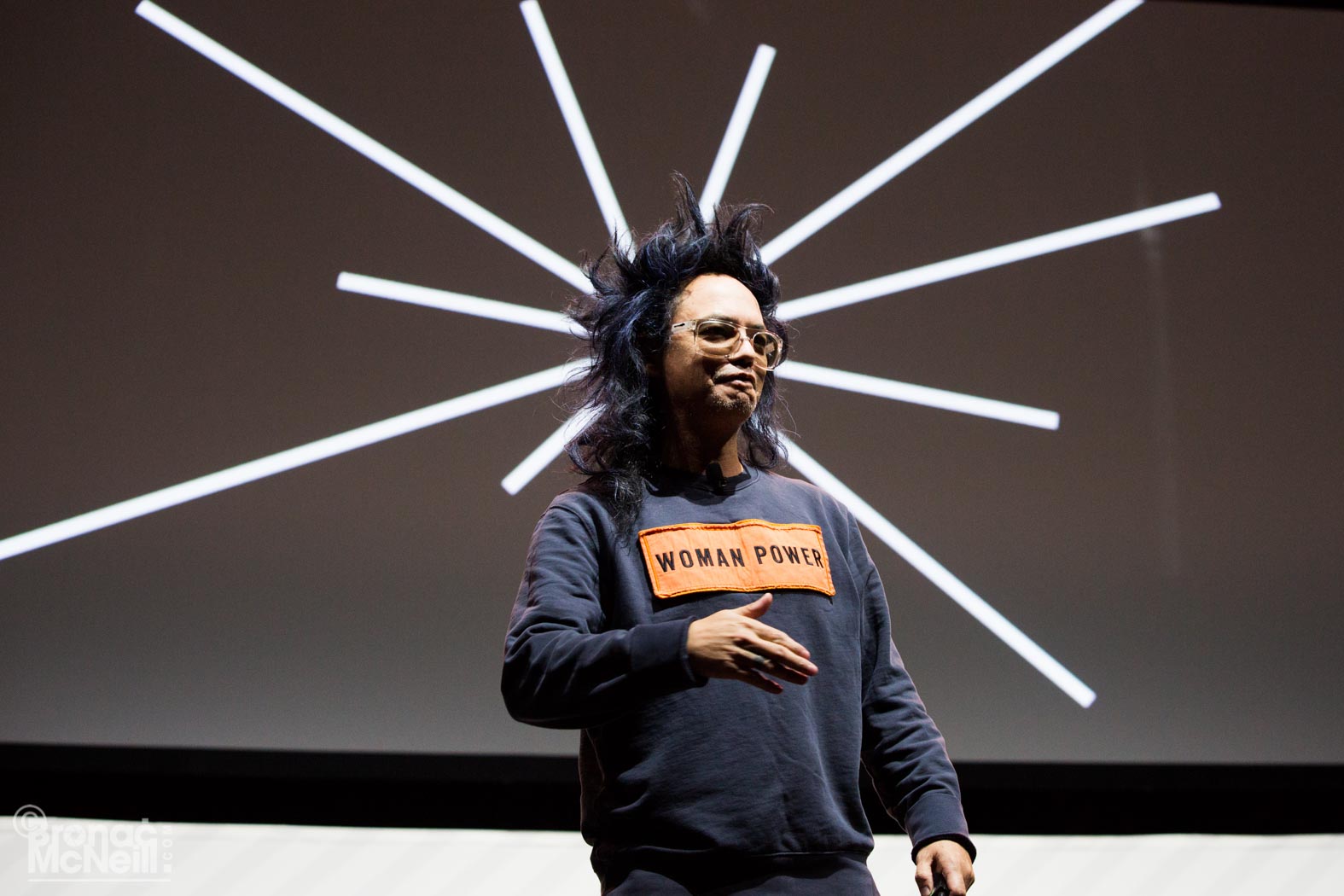 The Future of Technology

Christina Goodwin was a painting major at Boston University's College of Fine Arts but always maintained an interest in design during her high school, college and post-college years. After a few years attempting to break into the fine art world, Goodwin began with freelance web design gigs, teaching herself the coding, design or software skills needed. She feels lucky to be a part of the beginning of the UX field as we know it today. She began at Boston.com, then spent almost seven years at Pearson Education, and started at DigitasLBi as a Managing Lead in 2015. She still paints and shows her work on occasion, which you can check out at christinagoodwin.com. You can also connect with Christina on Twitter.

What’s on the horizon that will push the boundaries of creativity? Is it even on your radar yet? Let David Shing, Digital Prophet from AOL, paint a picture of the tech of tomorrow.

AOL’s David Shing is the self-proclaimed “Digital Prophet” and led a wonderful talk, “The Future of Technology,” at this year's 3% Conference. He discussed the tech we’re seeing now in our branding and marketing, and how this tech will affect the evolution of storytelling in advertising in the coming years.

Fast-talking, free spirit Shing is human caffeine. Several of my colleagues said he “woke them up” and was just the jolt they needed. His hair alone looked like he just got finished playing in the electricity lab, and from his enthusiasm, he wanted to share his electricity with the audience. We all appreciated it.

An important theme of Shing’s talk was the coming “disintegration” of our multitasking devices. A current phenomenon observed by many in tech is that our smart devices are proving to be “too much” all at once. We have access to 19 million media messages everyday, yet have trouble finding what we want. As a result, we suffer from a media overload, considered by most the #6 cause of day-to-day stress.

This means devices meant for a single task - reordering toilet paper via a shortcut button, monitoring sleep, snapchat-only glasses - are not as discouraging or inefficient as one might think. “Unitaskers” are becoming a luxurious break from the ultra-stimuli we once embraced.

Furthermore, this specificity has allowed the pendulum to heartily swing toward users curating and creating their personalized technological worlds. For instance, Shing made an excellent point that wearables are uniquely, though precariously, positioned to dominate this need in the coming years. With over 290 types, Shing said wearable companies consider themselves in the data category, as they take in so much about their users. They want to capitalize on as much information as they can, using this “research” of sorts to guide future product lines.

Shing laid his foundation with gusto, and posited the following:

If data is our fuel source, powering the tools we pick and choose, what users create is the penultimate product we all know and love…

It's almost too loaded a word to define, as heavy in its possibilities as it is light in its limitations. As Shing progressed, he built up to the point that excited me most: Users can own their stories. It's not just storytelling, it’s storymaking. It's story exploring. These stories don't have to be “great,” they just have to be real, alive, and authentic.

Recently, Twitter announced it will be retiring Vine, a video sharing platform it bought in 2012 for $30 million. What folks seemed to lament most was the upcoming loss of wonderful, witty stories shared by customers, some edited and produced to such a quality that could rival the best SNL skit. This recent event’s reaction alone proves Shing’s point. It’s not about being expensive, it’s about being genuine.

“If you're prepared to take risks in your production, you end up with a point of view that could be a new expression of your brand.”

Whew, ok, this is where my hand cramped from taking notes so fast.

Shing proclaimed instead of using constructs from 1940s marketing - focused on price, place promotion and product - we have to resculpt our minds to focus on platform, pedigree, partnership, and performance.

I’ve been doing user experience design for almost a decade. When Shing made this final point, I perked up in my seat. Do I feel a little daunted by this unknown territory? Of course, but like UX was 10 years ago, no rules or traditions exist in the new content creation universe.

In the previous day of 3%, Resh Sidhu from Framestore made an inspiring observation: virtual reality in particular was a new opportunity for women, as its rules have not been written by the guys. We can establish ourselves in this medium from minute one.

“Your branding should be an experience. Co-create with your users to make them feel connected, recognize what they do and reward them.”

As this was my first time attending The 3% Conference, I wasn't sure what to expect from this talk, and the conference overall. The name of this talk made me skeptical - how helpful will this be for me? How could this dude possibly tell me what the future will include? I underestimated what wound up being an inspiring, specific, informative, and fun talk by a wonderful gentleman who was clearly honored and excited to be a part of The 3% movement.

We need more men like Shing involved in our cause, and I felt honored to hear what he had to say. 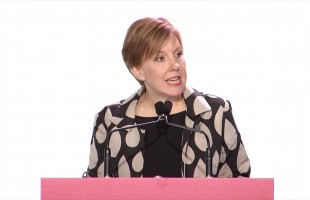 Nothing hastens diversity on the agency front faster than a client who demands it. Enlisting brands is the next frontier of the 3% crusade and we’ll hear research that makes it easy to get brands on board. 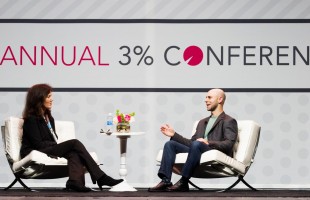 Adam Grant, author of New York Times bestseller "Originals," shares compelling stories and research at The 3% Conference about how those who don’t fit the mold are often the ones to break it. 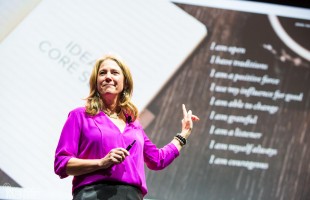 My Year of Whittling

Can eliminating things make your life feel more expansive? Kelly Fredrickson shared with the 2016 3% Conference how she took away all but the essential and become the poster child for less being more.