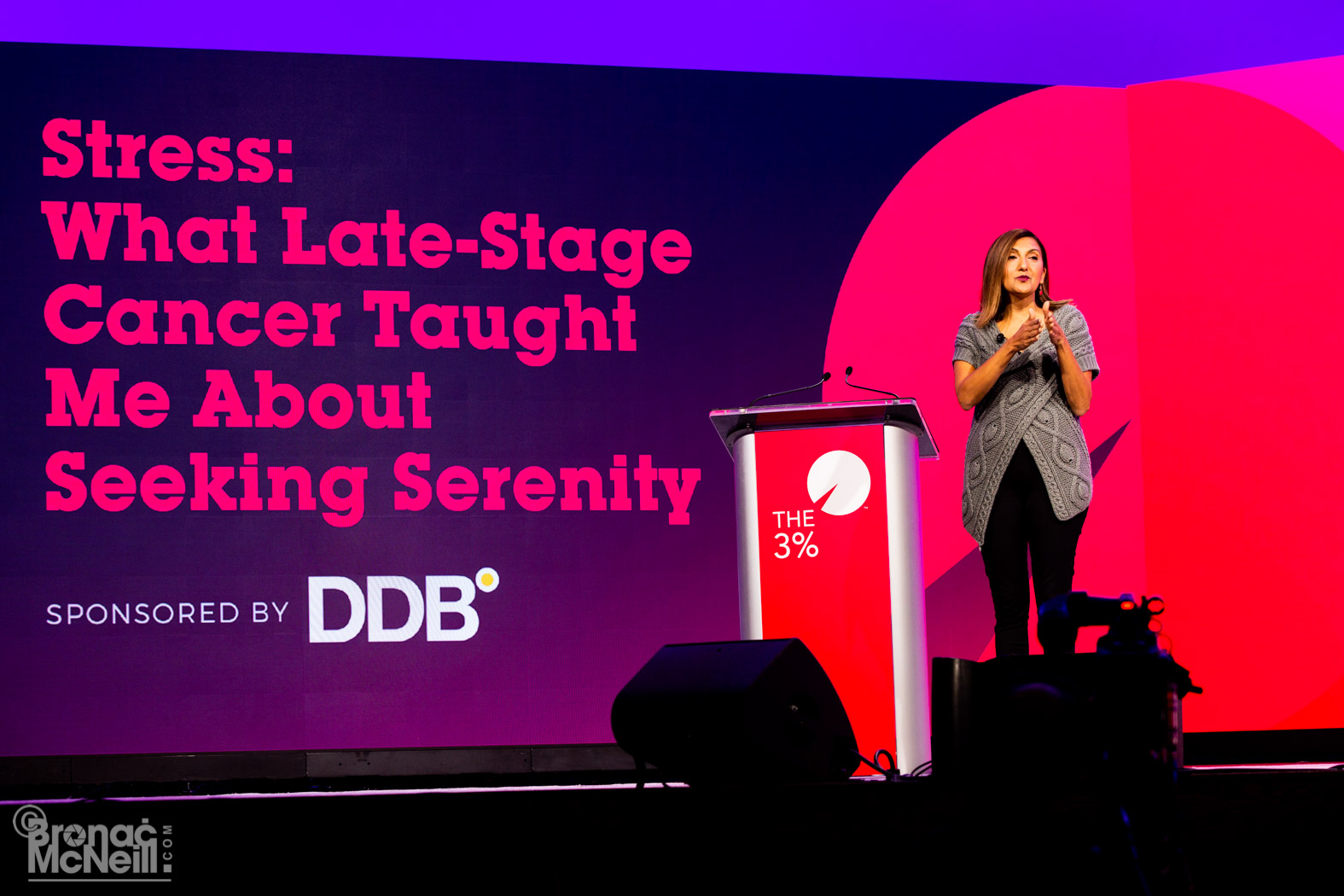 The Bell Curve of Stress

“Please take a deep breath in,” Amanda asked everyone, telling them to hold it while they set their intentions for the remainder of the conference. It was day two and the room was a-buzz with energy and excitement. You could feel it in the air.  I could feel the excitement and happiness coming off of everyone. My next thought was how do you talk about a heavy topic like cancer and stress when everyone was happy? Would it shift the mood? Would that be a bad thing?

She broke the ice and tension by light-heartedly stating, “you might notice that my last name rhymes with anxiety.” The room giggles and suddenly the tension in my shoulders lessen. 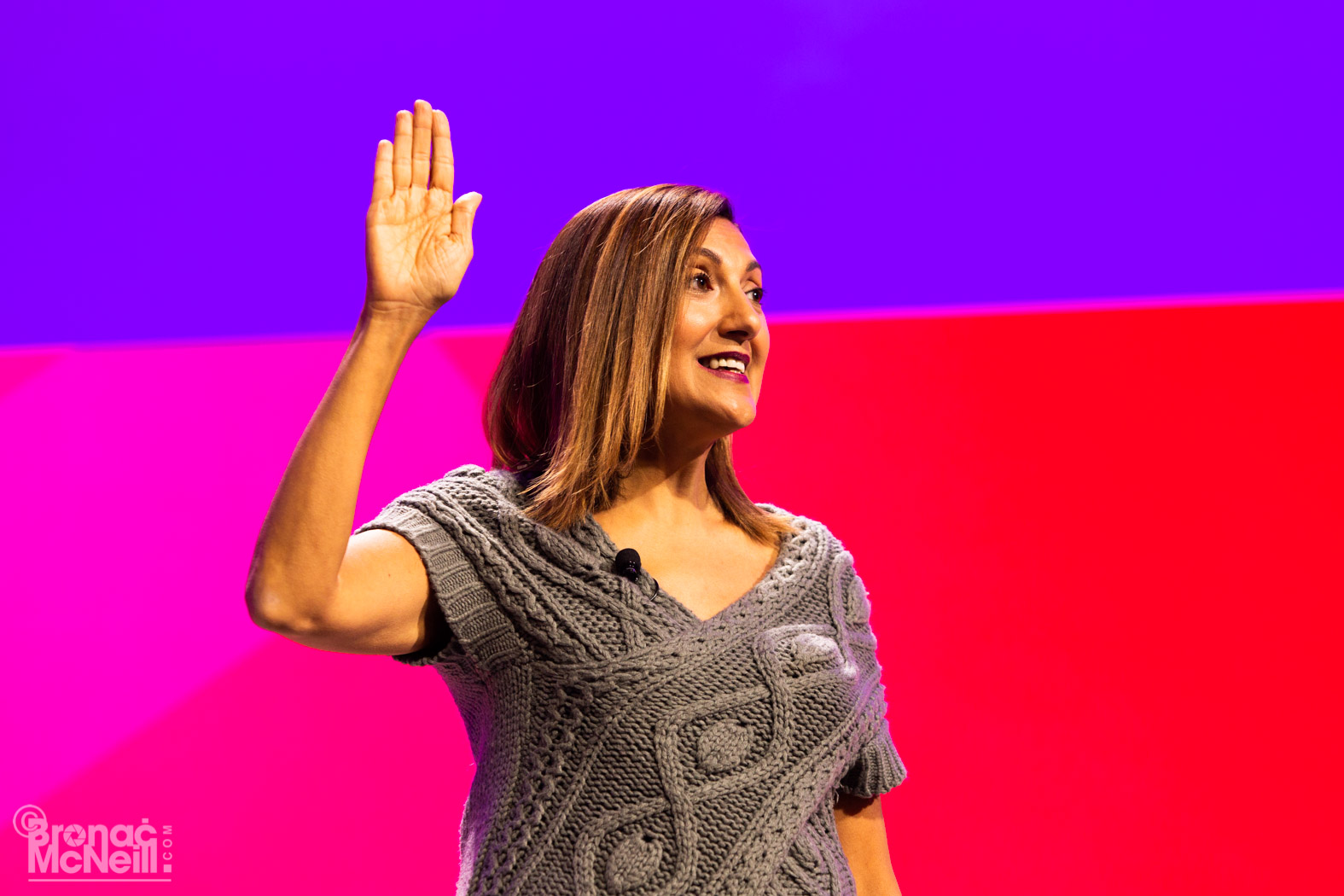 Amanda pulled the band-aid off and started talking about learned helplessness: a condition in which a person suffers from a sense of powerlessness resulting from trauma. The behavior was observed when testing both animals and humans. Test subjects were exposed to pain or stimuli they couldn’t control. Eventually, some test subjects stopped trying to change or stop the stimuli even when presented with a way out. They had resigned themselves to the situation and saw no reason to try to get away from the pain. While I was familiar with this experiment, it still triggered an involuntary response from my body and brain. I know that feeling all too well.

While bleak, not all test subjects ended up this way. Amanda explained that 1/3 of the subjects never ended up exhibiting learned helplessness. They continued to try to save their plight until their last dying breath. What was it about these subjects that made them never stop trying? Experimenters called their behavior: post-traumatic growth.

How people respond to trauma is not linear, it is a bell curve. For 1/3 of people experiencing trauma, it leaves them broken and unable to recover. 1/3 are able to go back to where they were before the trauma after a few months. And then there are those who, after experiencing trauma, are able to recover and flourish as a result of their experience. As Amanda explained this, I felt myself ineptly placing myself somewhere on that bell curve.

What is different about those who experience post-traumatic growth? It has to do with their perspective. They are often optimists, and see hardship as being temporary and changeable. Their outlook helps fuel them into success.

At least, that is what that ugly voice in my head was trying to convince me. For anyone familiar with PTSD, anxiety, depression or any other mental health disorder, you know exactly the voice I am referring to.

Amanda shared her own personal story with the crowd. From being a child refugee and fleeing her country; to living an almost nomadic transient life as a teenager where she was constantly having to adapt and learn a new language; to being in NYC during 9/11 and witnessing the tragic events near the towers.

“Six years, almost to the day the Twin Towers fell, I was diagnosed with cancer.”

Amanda says her cancer diagnosis was her brick wall. That was the first time she’d ever really considered her mortality. The prognosis was bleak. Hearing her explain how she was staring at death’s door was sobering for the room. How do you face your own mortality? How do you even continue? Well, depending on where you fall on that bell curve, you will either fight or resign. 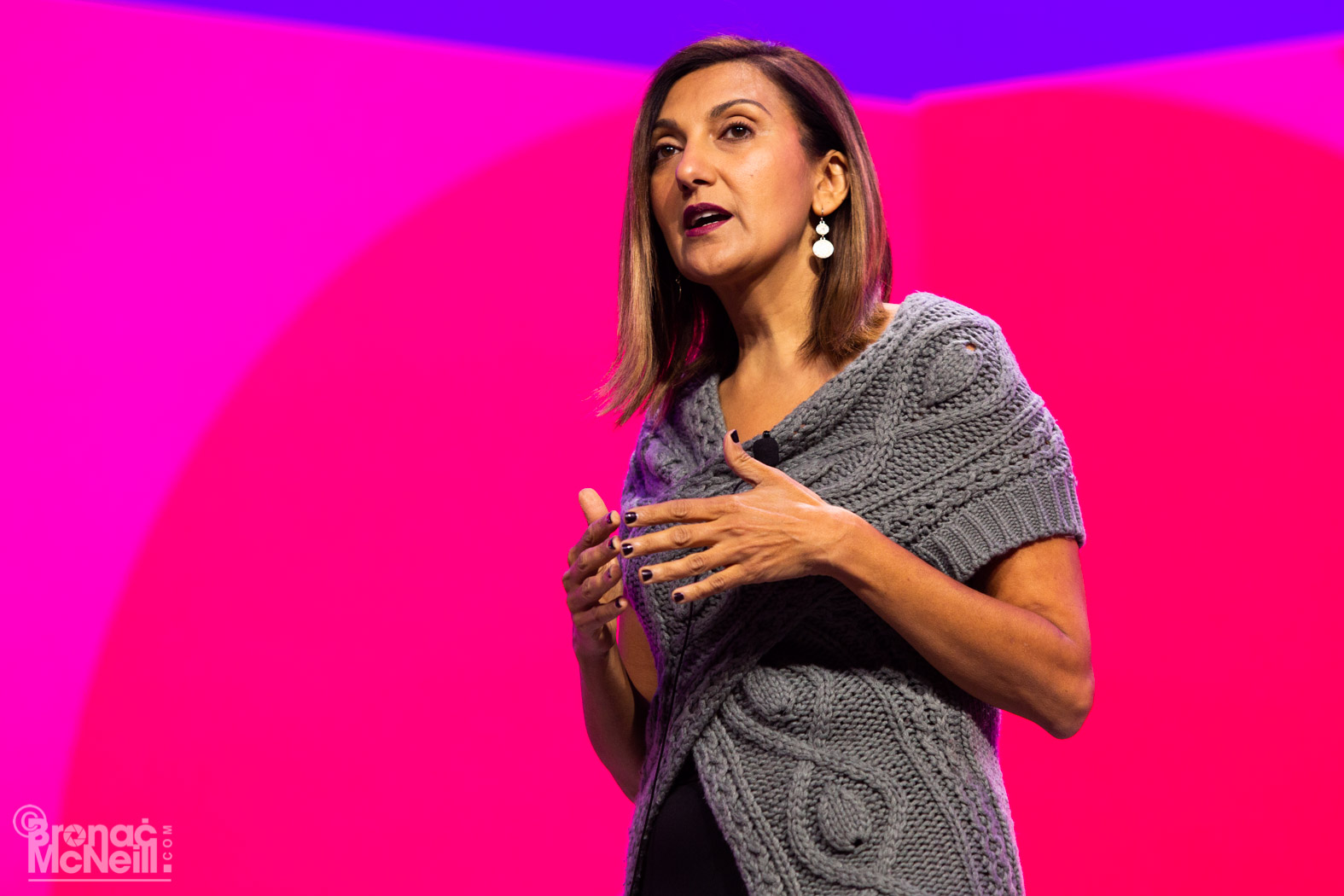 For Amanda, and those like her the answer is research. You search for stories of people beating the odds of not just cancer, but other serious diseases. You sit and hold on to hope that you will be able to beat this, too. You gather all the information you can.

“I was simply on a story gathering mission.”

From her search, she came up with a list of things she could do to help get herself out of the darkness and maintain hope. And it worked.

Here was someone who displays post-traumatic growth.

Coming out of that experience left her wanting to become a writer. She wanted to share her story in the hopes she could help someone else with her own story, the way she relied on the stories of others to propel her forward during that dark time.

Amanda’s blog gained a following, gaining the attention of literary agents, editors, and even CNN. This opened the door to writing about stress. That eventually led to her being offered a column. Her column later led her to a book deal.

In Amanda’s words, she literally wrote the book on stress.

Amanda decided to give the audience the cliff notes version of her book. She started by stating that, "If there's one thing that you need take away from today it is that there is no such thing as stress-free living.”

She continued, saying that “not all stress is bad...stress actually falls across a spectrum from good to bad.” That statement was hard to agree with for me as someone who isn't neuro-typical. Stress affects me differently. And all stress puts my body in flight or fight mode due to my mood disorders. Every kind of stress triggers this response. My body doesn't know the difference.

Amanda went on to explain most of us are going from peak to peak when it comes to stress, "It's a good thing if you're stressed out and overwhelmed, as long as you're building in valleys." The valleys being "sacred spaces both within and out, free of distractions."

(It is important to note that there is a great deal of privilege in having the resources, both physical and emotional, to build out those valleys she spoke of.)

This keynote sparked internal dialogue for me. How do we talk about stress and how to manage it in a way that is inclusive and mindful of how race, class, gender and other social stratifications play a role in a person’s experience with stress? 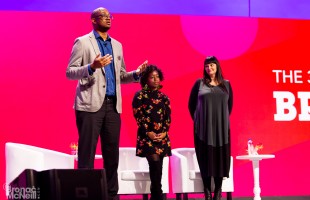 GrADitude: The Panel that Changed my Career

It’s about surviving something, and building that something into something better so someone else has it just a little bit easier. 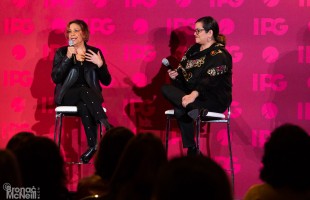 The common thread of the current and future leaders who took the stage was that they were honest and transparent proponents of change who aren't afraid of conflict. 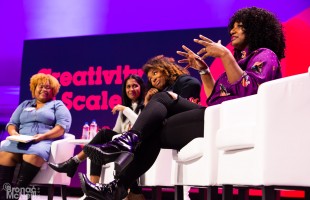 Don’t be invisible early in your career. The industry and these brands need you. Find people you can be your best self with. We’re starving for your point of view.