To All the Managers I’ve Had Before: Thank You, Next

Holly is a freelance ACD / art director who has worked with brands like Starbucks, Google, Nike, Adidas, Sephora, and Target. She likes to make ads, but REALLY likes helping junior creatives find their footing in advertising. Holly lives in beautiful Portland, Oregon and spends her non-working hours renovating her 1928 bungalow and exploring the outdoors with her husband and her corgi.

As I’ve progressed through my advertising career, the emphasis of my job has slowly shifted from managing work to managing people. Most agencies don’t put a ton of emphasis on leadership training and somewhere along the line, we’re expected to magically transform from creators to supervisors with little to no outside help. Many times, the only way we can learn about leadership is from what we’ve had before.

In the past, I’ve had good bosses, bad bosses, and one really excellent boss. Each one has taught me something — whether it’s what to do or what to not do. And since I’m a grown-ass woman who still loves YA novels and pop music, I’ve decided to compile them into the following list:

To All the Managers I’ve Had Before: Thank you, Next

One taught me balance.
I was absolutely overjoyed to get my first job out of college and I threw myself into it with every ounce of energy I had. I worked until 4am multiple nights in a row. I started work one day at 9am and didn’t leave the building again until 2pm the next day. I made 7 million comps for the senior teams just so that I could be “helpful.” I cut an artery in my thumb with an X-acto knife making a presentation board for a pitch, went to the urgent care to get stitches, then went back to work afterward. Outside of work, I spent most of my time hanging out with work friends and complaining about work.

Some people in advertising are totally okay with this lifestyle and my manager was one of them. Work was their life and they assumed that it should be everyone else’s lives, too. They had no problem telling a bright-eyed and bushy-tailed 22-year old to work for four weekends in a row because they were probably doing the same thing. But after six months of this, I learned that I was not that kind of person. I was exhausted, frustrated, and clinically depressed. I wasn’t nailing the creative projects that I was getting because I was too drained to come up with good ideas.

I needed to have a more well-rounded life. One that included creative outlets that don’t involve a computer and people who wanted to talk about things other than office gossip. I needed time away from work to be better at work. By throwing my life off balance, I realized how much I need balance in my life. Balance helped make me a stronger person, which inadvertently made me a better creative.

One taught me patience.
I was really lucky early in my career to have a boss who was really, really excited about working with a junior team. In any career, it’s hard to take time out of your day to help teach people how to be successful at their jobs, but this person loved it.

Their door was always open to my partner and me to chat about work or life. They always took the time to show us how to do things and explain why they were done a certain way: how to build a tight deck, how to present work in a way that gets people excited about it, how to come up with creative ideas that still live within an existing campaign. These skills are priceless to creatives but were lacking from my ad school education.

It’s hard to drop what you’re doing to help a junior write a great copy line for a banner ad, but spending time on those foundational things helps people become stronger creatives. It’s not something that you do for the glory of an award or your peers' admiration, but because it’s what you wish you would have had many years ago. This person taught me that a little patience from a senior colleague can mean everything to a junior.

One taught me kindness.
Your boss probably isn’t going to be your best friend. But just because you’re the boss doesn’t mean you have to be an asshole. It is possible to have the highest standards for work and to be a kind person. It is possible to give a junior employee difficult feedback, and then to check-in with them emotionally.

One of the common misconceptions I had growing up in the 90s/00s was that to be a boss bitch, the emphasis had to be on the bitch part. I thought that people wouldn’t respect you unless you were a ruthless ballbuster who showed zero emotions. This is not true.

"When you act like something is beneath you, you’re telling people that they’re beneath you."

One taught me actions speak louder than words.
This person taught me to stop hemming and hawing and just get shit done. Stop complaining to your friends about how much you hate your new project and start making something for it. When you dive in without trepidation, you’re actually starting with an open mind, which can lead to better work.

I also learned that you should never ask your employees to do something you’re not prepared to do yourself. Advertising is a team sport and if they’re working late, you’re working late. As a manager, it’s your job to support your team in whatever way you can — order dinner, tape things up to a board for review, organize the server so people can find things easier. When you act like something is beneath you, you’re telling people that they’re beneath you.

One taught me generosity.
There are always enough opportunities to go around, it’s okay to share them with other people. You don’t need to hog every project or give every presentation so that the clients know you did it. When you share a little of your power with those around you, everyone gets stronger together.

This person made space for me to thrive. They delighted in my successes as much as their own. They challenged me to be better and empowered me with the tools I needed to do so. They were generous with opportunities to me and helped me learn how to be generous to others, sharing what I’d learned with people just starting out.

Treat your team with trust and respect and they’ll do the same for you. People start helping one another out and actually working as a team, making ideas better with every person who touches them. Once again, advertising is a team sport. And when everyone is paddling at the same time in the same direction, it’s a lot easier and faster to get to where you’re going.

One taught me support.
There’s a part in The Sound of Music when the oldest Von Trapp sibling, Liesel says, “I’m sixteen years old and I don’t need a governess.” At some point, I adopted this thinking as well. I thought I was great at my job and starting to manage others and didn’t really need someone telling me what to do every day.

As it turned out, like Liesel, I still needed a governess (err, manager), but just not in the way that I thought. I may have not needed a lot of help day-to-day, but when I had someone come to me about a conflict with their co-worker, I was suddenly in over my head. I tried to do the best I could, but ended up going to my manager for help — the one I’d always kept at arm’s length. They were gracious and helpful, giving me the support that I didn’t even know that I needed, even if I had been less than receptive in the past. This person taught me that you’re never too good for support and that everyone needs help sometimes.

When I started my advertising career, I wanted to make amazing work and get a bunch of awards. I still want to make great work, but now my goals are focused around giving others the tools they need for success. To be balanced, patient, kind, productive, generous, and supportive. If everyone had managers like that, maybe great and diverse talent wouldn’t get fed up with the industry and leave.

The goal of each generation should be to make the world better for the next generation, so why shouldn’t that apply to the ad world as well?

We want your voice to be heard. Check out our submissions guidelines. 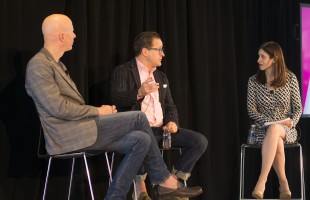 Hear how three different leaders are paving the way for more diverse leadership in their ranks. 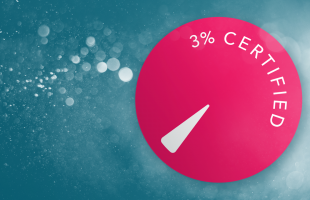 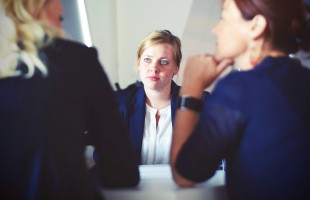